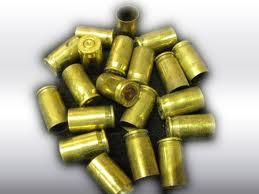 When cops shoot their guns, sometimes they kill or injure bad guys. Sometimes it turns out that the person who was shot didn’t do anything wrong. And sometimes the majority of the carnage involves utterly innocent bystanters.

That’s a side of police shootings that doesn’t get talked about as much. But it’s real — and it’s a matter of concern when cops are firing off rounds in a crowded urban area, in particular when they’re near a school. Which is what happened in Noe Valley Aug. 27. According to my friends at the Ex:

A female officer caught up to the suspect as he tried to climb over a fence on Valley Street. He reportedly moved quickly toward the officer with his hands in the middle of his torso, prompting the officer to fire a single shot, which did not strike the suspect, police Chief Greg Suhr said.

So if the bullet didn’t hit the suspect, where did it go?

It went flying around Noe Valley. In the middle of the day. Near an elementary school. Lucky it didn’t hit anybody. Because officers are trained to fire at someone who they perceive as a lethal threat — but that training doesn’t include looking around behind the perp to see where the rounds will go if they miss.