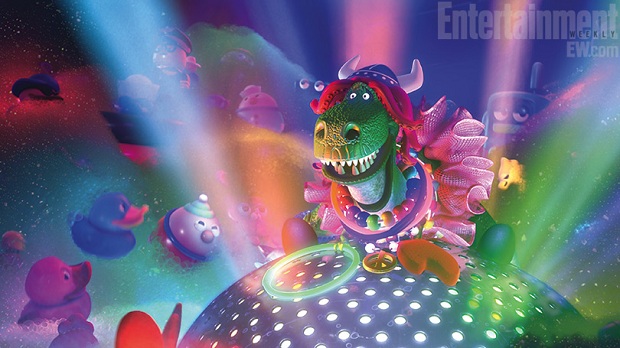 Hey, what’s better than rubbable gifs, Madonnaschewitz, and Partysaurus shorts? Another edition of Party Radar, in which you’ll find all this weekend’s insane recommendations online from someone who was too drunk to hand this in on time to make the paper — so consider the source, and be amazed! Meet me in the ladies’ room and be even more amazed!

>> SPILT MILK
Speaking of great bass (we always are) — Taylor Fife and his Mother Records crew in the East Bay have been carving a lovely and deep niche in the Upper Haight at Milk. They’re now going big (and free!) once a month on Third Thursdays, don’t sleep on this if you want to peep some super-talented up-and-coming locals. Bells and Whistles and Pixel Memory kick off the new monthly. This latest mix by Taylor is fantastic:

>>NOC’TAILS
Nocturnal creatures unite — at last the SF Zoo has joined in on the museum party phenom, with this cocktails and dancing shindig. Will it be “wild”? I bet it will be, or at least pretty damn neat. Don’t worry, no animals will be harmed by the sonic debauchery. The kick off of this monthly (I hope) affair will be hosted by our own amazing Silent Disco crew: you get headphones that transmit extremely funky and danceable sounds from the DJ booth’s Zach Moore, Brown Amy, and Carnitas.

>>NO WAY BACK + L.I.E.S.
Deliciously acidy-haunty New York label L.I.E.S. pairs with one of our best parties, No Way Back, for a night of deep sounds and killer visuals. Bay favorite Legowelt heads up, with Xosar, Svengalighost, Ron Morelli, Solar, and Conor dryving the shadows forward. Great opportunity to hear a few new sounds of now, get out of your head a bit.

>>BUZZ
Another dusted-off classic, DJ Ellen Ferrato — just kidding, Ellen, only fairy dust on you! — returns to the SF scene after making her name at her weekly Sugar party more than a decade ago as one of the harder, highly energetic techno DJs on the scene. This party, set for first and third Saturdays, will show whether SF is ready to push its retro obsession from the warm early ’90s into the more, er, “focussed”; later ones.

>>I-BEAM REUNION
In the ’80s, the long-gone I-Beam club on Haight Street was our own version of Manchester’s Hacienda, a focal point of New Wave, Hi-NRG, and straight-up rock scenes that served to blend some of the city’s most disparate crowds together. The awesome New Wave City party is kicking off its 20th anniversary series of events with a reunion tribute to the venue where it all started, with original I-Beam DJ Brian Raffi.

>>MK
The comeback kid of the moment, whose genius dubs and remixes from the early ’90s sound fresher than ever. He moved his hometown crowd to tears at the Detroit Electronic Music Festival this year — and he’s wielding his classic sounds on new material, too. Um, he actually made me dance to Lana Del Ray? Now that’s some MK magic. Catch him with deep house smartie The Revenge atop the W Hotel at As You Like It’s second anniversary afternoon blowout.

Because why wouldn’t some of the niiiiiicest dub bass come from Lodz, Poland? Check out some seriously exotic sounds at the always great Dub Mission, one of our longest running clubs, with local low-low-low geniuses Kush Arora and DJ Sep.