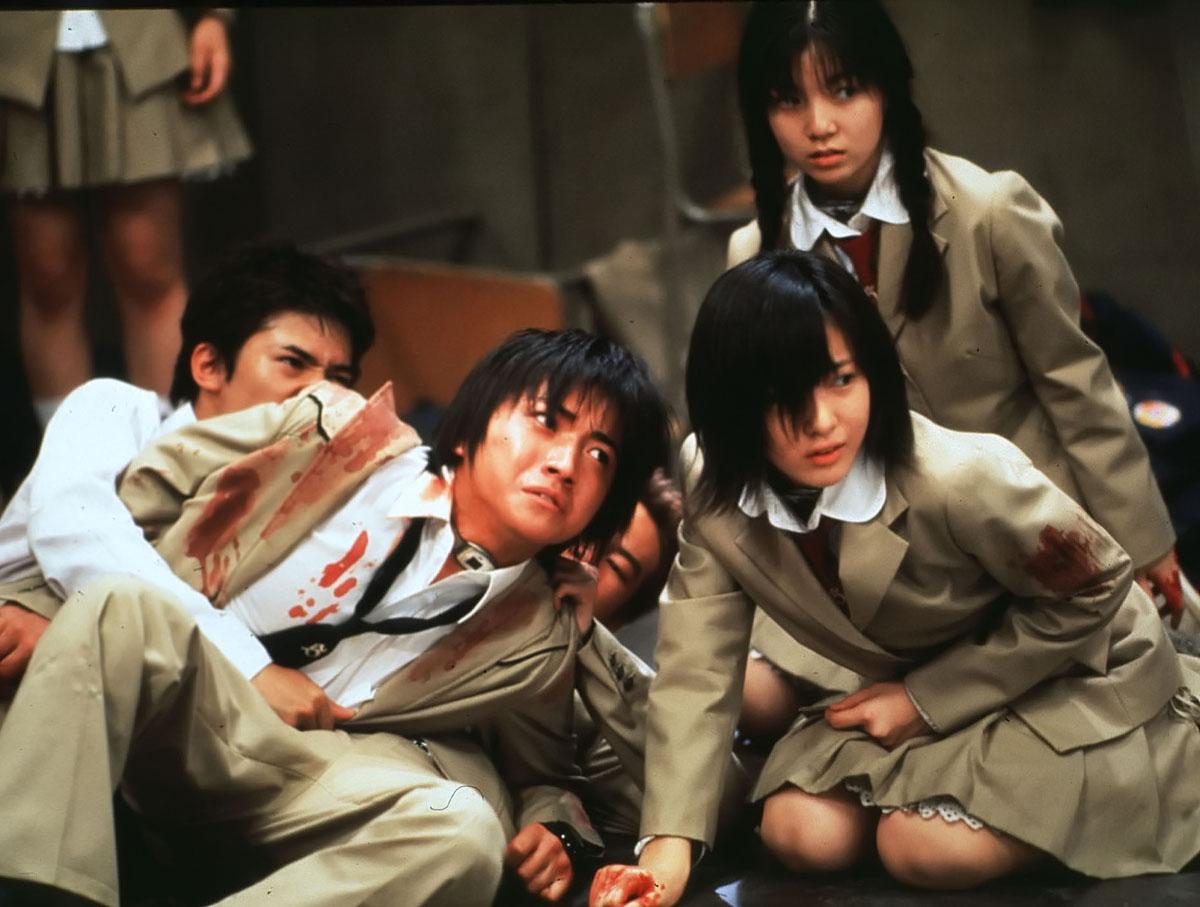 Big news this week out of the San Francisco Film Society: the Executive Director post, empty since the January passing of Bingham Ray (himself a replacement for the late Graham Leggat), has been filled. According to the organization’s official press release:

“Ted Hope, one of the film industry’s most respected and prolific figures, has been named executive director of the San Francisco Film Society (SFFS), effective September 1, 2012. In a surprise move, the veteran film producer and one of the most influential individuals in independent film will embark upon a new chapter in his professional life, leaving New York City, where he produced independent films through his companies Good Machine, This is that corporation and Double Hope Films, to lead the Film Society into the future.”

This happy announcement comes on the heels of two pretty depressing ones: longtime SFFS publicity head Hilary Hart, one of the most beloved film PR figures in San Francisco (or any film community, I’d wager), was let go; and the organization opted not to renew its SF Film Society Cinema lease at Japantown’s New People. However, “We’ll still have plenty of one-off screenings and events at various locations, and our Fall Season festival programming is completely unaffected,” says publicity manager Bill Proctor. (Speaking of, hot tip: killer-kid classic Battle Royale is up at SF Film Society Cinema through August 16.)

New movies? We got ’em. One more oldie-but-oh-so-goodie recommendation, plus, yeah, The Bourne Legacy and the rest, after the jump.

Also new: The Campaign, about a smug incumbent (Will Ferrell) and a naïve newcomer (Zach Galifianakis) who battle over a North Carolina congressional seat; Celeste and Jesse Forever, an indie dramedy about a couple (Andy Samberg and co-writer Rashida Jones) who try to stay friends despite their impending divorce; and Nitro Circus the Movie 3D, starring the daredevil antics of the “action sports collective.”

The Bourne Legacy Settle down, Matt Damon fans — the original Bourne appears in The Bourne Legacy only in dialogue (“Jason Bourne is in New York!”) and photograph form. Stepping in as lead badass is Jeremy Renner, whose twin powers of strength and intelligence come courtesy of an experimental-drug program overseen by sinister government types (including Edward Norton in an utterly generic role) and administered by lab workers doing it “for the science!,” according to Dr. Rachel Weisz. Legacy’s timeline roughly matches up with the last Damon film, The Bourne Ultimatum, which came out five years ago and is referenced here like we’re supposed to be on a first-name basis with its long-forgotten plot twists. Anyway, thanks to ol’  Jason and a few other factors involving Albert Finney and YouTube, the drug program is shut down, and all guinea-pig agents and high-security-clearance doctors are offed. Except guess which two, who manage to flee across the globe to get more WMDs for Renner’s DNA. Essentially one long chase scene, The Bourne Legacy spends way too much of its time either in Norton’s “crisis suite,” watching characters bark orders and stare at computer screens, or trying to explain the genetic tinkering that’s made Renner a super-duper-superspy. Remember when Damon killed that guy with a rolled-up magazine in 2004’s The Bourne Supremacy? Absolutely nothing so rad in this imagination-free enterprise. (2:15) (Cheryl Eddy)

Easy Money A title like that is bound to disprove itself, and it doesn’t take long to figure out that the only payday the lead characters are going to get in this hit 2010 Swedish thriller (from Jens Lapidus’ novel) is the kind measured in bloody catastrophe. Chilean Jorge (Matias Padin Varela), just escaped from prison, returns to Stockholm seeking one last big drug deal before he splits for good; JW (Joel Kinnaman from AMC series The Killing) is a economics student-slash-cabbie desperate for the serious cash needed to support his double life as a pseudo-swell running with the city’s rich young turks. At first reluctantly thrown together, they become friends working for JW’s taxi boss — or to be more specific, for that boss’ cocaine smuggling side business. Their competitors are a Serbian gang whose veteran enforcer Mrado (Dragomir Mrsic) is put in the awkward position of caring for his eight-year-old daughter (by a drug addicted ex-wife) just as “war” heats up between the two factions. But then everyone here has loved ones they want to protect from an escalating cycle of attacks and reprisals from which none are immune. Duly presented here by Martin Scorsese, Daniel Espinosa’s film has the hurtling pace, engrossing characters and complicated (sometimes confusing) plot mechanics of some good movies by that guy, like Casino (1995) or The Departed (2006). Wildly original it’s not, but this crackling good genre entertainment that make you cautiously look forward to its sequel — which is just about to open in Sweden. (1:59) (Dennis Harvey)

Hope Springs Heading into her 32nd year of matrimony with aggressively oblivious Arnold (Tommy Lee Jones), desperate housewife Kay (Meryl Streep) sets aside her entrenched passivity in a last-ditch effort to put flesh back on the skeleton of a marriage. Stumbling upon the guidance of one Dr. Bernard Feld (Steve Carell) in the self-help section of a bookstore, Kay (barely) convinces Arnold to accompany her to a weeklong session at Feld’s Center for Intensive Couples Counseling, in Hope Springs, Maine. The scenes from a marriage leading up to their departure, as well as the incremental advances and crippling setbacks of their therapeutic sojourn, are poignant and distressing and possibly familiar. Some slow drift, long ago set in motion, though we don’t know by what, has settled them in concrete in their separate routines — and bedrooms. It’s the kind of thing that, if it were happening in real life — say, to you — might make you weep. But somehow, through the magic of cinema and the uncomfortable power of witnessing frankly depicted failures of intimacy, we laugh. This is by no means a wackiness-ensues sort of sexual comedy, though. Director David Frankel (2006’s The Devil Wears Prada and, unfortunately, 2008’s Marley & Me) and Jones and Streep, through the finely detailed particularities of their performances, won’t let it be, while Carell resists playing the therapeutic scenes for more than the gentlest pulses of humor. More often, his empathetic silences and carefully timed queries provide a place for these two unhappy, inarticulate, isolated people to fall and fumble and eventually make contact. (1:40) (Lynn Rapoport)

Nuit #1 Montreal director-writer Anne Émond bares more than her actor’s beautiful bodies: she’s eager to uncover their tenderized souls: hurt, unsavory, vulnerable, terrified, nihilistic, compulsive, and desperate. Nikolai (Dimitri Stroroge) and Clara (Catherine de Lean) are just two kids on the crowded dance floor, jumping up and down in slow motion to the tune of a torch song; before long, they’re in Nikolai’s shabby apartment, tearing off their clothes and making love as if their lives depended on it. But when Nikolai, laid out on his mattress on the floor like a grunge Jesus with a bad haircut, catches Clara sneaking out without saying good-bye, he sits her down for an earful of his reality. She returns the favor, revealing an unexpected double life, and the two embark on a psycho-tango that takes all night. It can seem like a long one to those impatient with the young, beautiful, and possibly damned’s doubts and self-flagellation, though Émond’s artful, coolly empathetic eye takes the proceedings to a higher level. She’s attempting to craft a simultaneously romantic and raw-boned song of self for a generation. (1:31) (Kimberly Chun)

360 A massive ensemble sprinkled with big-name stars, a sprawling yet interconnected story, and locations as far-flung as Phoenix and Bratislava: 360 is not achieving anything new with its structure (see also: 2011’s Contagion, 2006’s Babel, and so on). And some pieces of its sectioned-off narrative are less successful than others, as with the exploits of a posh, unfaithful duo played by Rachel Weisz (re-teaming with her Constant Gardener director Fernando Meirelles) and Jude Law. Fortunately, screenwriter Peter Morgan (2006’s The Queen) finds some drama (and a lot of melancholy) in less-familiar relationship scenarios. An airport interlude that interweaves a grieving father (Anthony Hopkins), a newly single Brazilian (Maria Flor), and a maybe-rehabilitated sex offender (Ben Foster) is riveting, as are the unexpectedly sweet and sour endpoints of tales spiraling off a Russian couple (Dinara Drukarova, Vladimir Vdovichenkov) who’ve drifted apart. (1:51) (Cheryl Eddy)