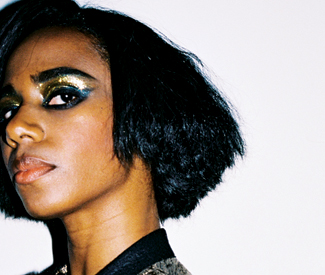 MUSIC Last year, we thought it couldn’t get better, and then it upped the ante. Outside Lands 2012 takes place this weekend, and the lineup is packed with legendary performers, reunited favorites, and flashy newcomers, pieced together (some overlapping) in a masterful Golden Gate frame, outlined by all that glorious flora and fog.

There’s little to debate; our inboxes have been unequivocally flooded with requests to cover the event from the moment the full list roared onto the web. Who’s to say what sparked the revved up offerings and subsequent queries?

The facts: 72 bands on stage, 15 DJs in the Dome, 25 comedy-variety acts in the Barbary, plus 10 night shows featuring 20 performers. Expected attendance is more than 65,000 people per day, according to the organizers.

It’s a lot to take in, even for the seasoned San Francisco festival-goer (keep hydrated, wear layers, duh). So we’ve whittled down the schedule to the must-sees — those with a certain unscientific combination of vitality and vigor, of historical significance and a very-modern presence.

Of course, if you’ve got a one or three-day pass, you’re likely planning on packing in as many acts as possible, with perfectly timed bathroom, wine, and gourmet food stand breaks. But if you’re of the looser sort, one to wander with feckless abandon among those throngs, keep the below in mind.

Here are your must-see Outside Lands performances:

Watching an old friend dance with his bride to iconic folk ballad “Harvest Moon,” it dawned on us: despite his gruff persona, broadly influential singer-songwriter Neil Young & Crazy Horse (8:10-9:55pm Friday, Lands End) is for lovers. And his words — and strumming — are deeply personal for a handful of generations. They’ve left a yearning imprint on our collective pleasure center.

This is a grand return for ’90s indie rockers, Grandaddy (5:10-6:10pm Saturday, Sutro). The Modesto five-piece split in 2006, after a respected career that included touring with Elliott Smith (RIP) and a song, “AM 180,” used in a memorable zombie-less supermarket sweep scene in 28 Days Later.

Kill ‘Em All…And Justice For All…okay, and we guess St. Anger. The heavy metal — and then some other stuff — back catalogue of Metallica (7:55-9:55pm Saturday, Lands End) is forever drilled into our brains. In a press call leading up to the fest, drummer Lars Ulrich said, “we’re very proud of our…relation and our history with San Francisco,” (does that mean the band will do us a solid and play early tracks?), later adding, “it’s an amazing thing, 31 years into a career to be able to be as busy as we are and to [see] people give a shit and to be able to still tour.” We give a shit, Lars.

As one fan noted, Mr. Superstition, Steve Wonder (7:20-9:30pm Sunday, Lands End), is likely the most creative choice of a headliner in 2012. And it makes the night-map easy for some of us; in the scheduling contest between dub-monster Skrillex and Motown icon Stevie Wonder, there is no contest.

Best of the Bay represented

It’s been five years since Two Gallants (1:50-2:40pm Friday, Lands End) released an album, and this fest (along with the OL night show) are the first local shows for the folk-punk duo touring on the new record, The Bloom and the Blight. Seems they’ll have a lot of stowed away energy to release in the park.

These San Francisco pysch-surf-punks are notorious for their headspinningly prolific songwriting, unpredictable live shows, and spastic energy. Regardless of what happens during Thee Oh Sees (6:05-6:45pm Saturday, Panhandle) set, it’ll be an act people are talking about.

Who everyone will be Tweeting about

When Father John Misty (2:55-3:35pm Saturday, Panhandle), a.k.a. J. Tillman of Fleet Foxes, stopped by Bottom of the Hill earlier this year, folks didn’t know what hit them. FJM was a wild force on stage, engaging in an ongoing and increasingly odd conversation with the audience, with quips and asides a-plenty in between a hectic set of woozy pop and crunchy-hippie psychedelic jams.

Perhaps not since Janis Joplin, have we heard a lady blues vocalist with pipes this powerful. That wail is a show-stopper. And, four-piece Alabama Shakes (3:50-4:40pm Saturday, Sutro), led by Brittany Howard (she of the powerful pipes), is actually born and raised Alabama, as the band name would imply, meaning its a more authentic experience, it would seem.

After a prolonged break, Santigold (5:10-6pm Sunday, Twin Peaks) dropped long-awaited Master Of My Make-Believe this year, with reggae-flecked party jam single “Disparate Youth,” cut through with a machine-gun guitar riff. Clearly, Santigold is no less bold in her return. Both the sound and her avant-pop style will surely absorb those expansive outdoor stages.

Sigur Ros is not the only Icelandic band at Outside Lands 2012. If ambient soundscapes aren’t your thing, check out the lesser-known folk sextet Of Monsters and Men (5:25-6:25pm Friday, Sutro), which balances catchy melodies with beautifully harmonized vocals. Amadou & Mariam (3:35-4:25pm Sunday, Twin Peaks) met at Mali’s Institute for the Young Blind. What the African duo lacks in 20/20 vision they make up for in mesmerizing sound — irresistible hip-hop-and blues-inspired world music. We dare you not to dance. Globally recognized Columbian culture-masher band Bomba Estéreo (6-6:40pm Sunday, Panhandle) mixes in the sounds of Latin America, the Caribbean, reggae, dub, and beyond, with bouncy hip-hop beats. Live, lead vocalist Li Saumet (who this year also released a side-project in which she imagines killing her boyfriend) pumps up the energy tenfold.

Explore beyond the music

Imbibe in yeasty concoctions at this year’s first ever Beer Lands (oui, Wine Lands will be there too). And the beer lineup is made up of local craft breweries: 21st Amendment, Anchor Brewing, Magnolia, Pac Brewing Labs, Speakeasy (all San Francisco); Bear Republic (Russian River area), Drakes, (San Leandro) and Linden Street (West Oakland). Oh, and Sierra Nevada is debuting the Outside Lands Saison at the fest, said to be inspired by OL itself. Reggie Watts, Neil Patrick Harris, David Cross, Kristen Schaal, Nerdist Chris Hardwick, the list goes on for The Barbary. The comedy and variety tent keeps getting bigger, and weirder. There are the big names of course (see above) but also some awesome homegrown talent — Jesse Elias, for one. We caught him in the Cinecave last month, and were blown away by his timing. Our cheeks ached from laughing. And he never once looked up at the audience, only moving to push his glasses back up his nose.

OUTSIDE LANDS MUSIC AND ARTS FESTIVAL