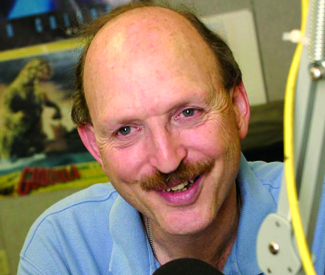 CAREERS AND ED In July, the unemployment rate in California was 11 percent. Which got us thinking: what’s the smart way to job hunt these days? We’re not the only ones — this month, the Commonwealth Club is hosting a series of lectures and workshops called “The Future of Work.” We tapped two of the series’ experts for email interviews, asking Marty Nemko, author of Cool Careers For Dummies, and Joel Garfinkle, Oakland-based career coach, for their takes on the matter. They offered two points of view on today’s dreary job market. Upside? Nemko, who spoke on August 1, is positive that more workers will be needed to implement upcoming immigration reform. Of course, he also foresaw growth in “bio-chemical terrorism.” Oh, the future.

Marty Nemko: [My focus was] on which careers are likely to burgeon [in] the result of [an] Obama win — which ones polls and Intrade [a speculative, crowd-sourced website] betting suggest will occur. I’ll also talk about how to survive and even thrive during what may be America’s decline and fall.

Joel Garfinkle: Working hard and being good at what you do is not enough to attain the level of success you truly deserve. So what exactly makes one person more successful than another? The answer: leveraging and applying perception, visibility, and influence better than anyone else.

SFBG: What kinds of issues are older workers facing in terms of getting new jobs?

JG: Mid-life career transitions occur because after years of success, many of my clients find that they lack fulfillment. Success isn’t enough anymore to satisfy them. [But] it’s difficult to make a mid-life career transition due to the lack of financial stability that exists when making the change. Learning of new skills in a different profession can be a daunting and intimidating task.

SFBG: What are some place that are still proving fruitful for job searchers?

MN: Some of my predicted areas for growth are auditing for corporations, the US Treasury, and the IRS; immigration-related bureaucrats that will be needed after Obama gets comprehensive immigration reform after the election; health care advocates to help people get the health care they need as ObamaCare is implemented; and bio-chemical terrorism. Anything mandated will be the last sort of employment to get cut. Lastly, multicultural marketers to address the tastes of the fastest-growing ethnic groups.

JG: Information technology is still growing. About two-thirds of hiring manages have been adding staff this year and will continue to add headcount to the IT departments. Health care is still pretty in-demand due to rising ages in the US. And many employers have had difficulty finding and hiring enough engineers.

SFBG: Should people still be striving for their dream job? Is that idea still relevant?

MN: It’s in the Bay Area’s drinking water. If there was a motto on the San Francisco flag, it would be “Do what you love and who cares if the money follows. My parents will support me.”

JG: The increase in collective desire to love one’s job comes from something missing in a person’s life. Statistics over the years have stayed consistent in stating that over two-thirds of Americans are unhappy in their jobs. The task is to recognize that people are uniquely special, have something to give, have a talent no one else shares in quite the same way.

MARTY NEMKO: “KEYS TO BEATING THE ODDS IN STARTING A BUSINESS”

JOEL GARFINKLE: “GETTING AHEAD AND TAKING YOUR CAREER TO THE NEXT LEVEL”