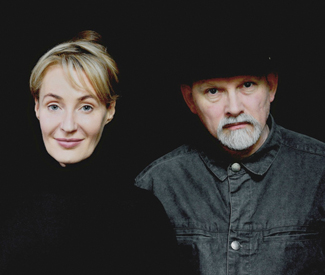 MUSIC Those were days of mystery, when a rare album would come to you like a message from alien shores, a spectral cryptogram, the crackle of the plastic wrap as you tore it open subbing in for ghostly static. Especially if that album found its serendipitous way to you (breathtakingly arty gay older coworker, amazing cool girl from another high school who lived in her parents’ patchouli-scented basement, astronomical sum plunked down at unerring record store clerk’s slightly condescending suggestion) from willfully obfusc label 4AD, its releases so calculated to transcend earthly bonds that you could barely figure out the lyrics, let alone what possessed angelic being those mouthfuls of gothly warbled vowels belonged to. The label was notoriously recalcitrant about exposing its artists to mundane promotional hoo-haw. Pre-Internet, this often insurmountable unknowing became almost erotic.

And more than any other act on 4AD’s roster in the 1980s — more than Cocteau Twins or Throwing Muses, more than the vague amalgamated entity known as This Mortal Coil — Dead Can Dance (appearing Sun/12 at the Greek Theatre) embodied and perpetuated this exquisitely agonizing inscrutability. You knew they were an Australian-British duo that traded in deep musico-anthropological investigations worked up into stately, chthonic pop, you knew their names, you even saw a picture or two. But that was a close as you’d get to any kind of intimacy. The music (and of course the iconic cover art — I still dream of the imagery for albums Spleen and Ideal and Within the Realm of a Dying Sun) had to stand for everything.

So it was a bit unsettling for me to be on the other end of the phone from DCD’s high priestess of eerie glossolalia, Lisa Gerrard, as she dished about her tumultuous relationship with her musical partner, Brendan Perry.

“Oh, we had such fights, such awful fights — wrecking things, really, in the studio, and often we’d just have to separate ourselves,” she told me, her wonderfully animated voice ringing clear with a certain pastoral mysticism.

“But you see, darling, it was all in service of the music, this powerful force that we tap into together, that comes through us into the world. We had to learn that we just can’t force it, the power must emerge when it’s ready. You must be very patient and wait for the unlocking to begin — the great unlocking that connects all literature and art, and shines through in our shared humanity.

“We can’t weave the specific threads of this underlying magnificence if the loom isn’t there. You must have the loom. Now, we feel we’ve found it again.”

Specifically, Gerrard was referring to the fact that solidly pleasurable and Middle Eastern-tinged return to form, Anastasia, to be released on August 12, is the first Dead Can Dance album in 16 years. The pair has kept themselves very busy in the meantime. Gerrard produces highly acclaimed soundtracks for movies like Gladiator and The Insider and Perry, the more somberly bucolic of the pair, has converted a mid-19th century church in central Ireland into a studio, Quivvy, where Anastasia and several of his solo albums were recorded.

After a focused but exhausting reunion tour in 2005, the pair found it wasn’t the right time to reconnect in the studio and headed back to separate lives in different hemispheres. (Prominent in the pair’s press materials is the fact that their physical relationship ended in the early ’90s.) But a couple years ago, Perry commented on his online forum that the two were talking, and sure enough Anastasis, the Greek word for resurrection, was born.

“Working on the album, we relished the opportunity to work with new instruments like the hang [a UFO-shaped Swiss instrument that crosses a steel drum with a gamelan gong] and a host of other percussion that we’ll be talking on the road with us,” Gerrard said about the tour, “as well as another fantastic singer who we’ve trained to double my vocals so we can really bring out the sounds of our older catalogue. I can’t wait to uncork those songs for everyone at the beautiful Greek Theatre in Berkeley. They’re just the right vintage now, they’re so ripe for the ears, if you will.

“And our new ones, we’re working in 6/8, 9/5 time signatures in these lovely Sufi and Eastern traditions. It really is going to be a show — but we’re putting so much practice into it, it’s not just feeding everything into a digital machine.”

About that digital machine: how does Dead Can Dance feel in a world of instant access — and a lot less mystery when it comes to musical artistry?

“Connection is both the key and the mystery, darling — it depends where its coming from. We try to locate ourselves within the connective tissue of an ur-culture that can free us from the suffocating membrane of mediocrity.”