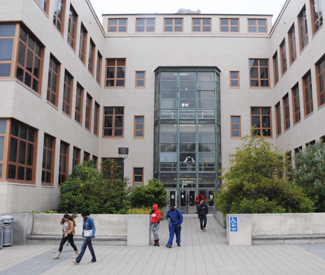 • CCSF also has single class “instructional sites” littered throughout San Francisco in various office spaces, spare SFUSD classrooms, and other locations. The exact number of these sites isn’t known by the college, but they are estimated at more than 100.

• Non-credit courses at City College are tuition-free, as mandated by the state, although some charge nominal fees. Credit courses at CCSF are $46 a unit. A semester of full classes (12 units) costs less than a single course at San Francisco State University.

• The neighborhood campuses primarily provide non-credit classes including ESL, certificate training, and enrichment courses. Ocean Campus in Ingleside provides the bulk of credit courses, which are used to attain associates degrees or transfer to a four-year university.

• Tracking exactly how much each campus costs the school is difficult, according to school officials. Faculty and staff serve multiple campuses frequently, and many services aren’t tracked on a campus basis, making campus consolidation or closure something that will take time to evaluate.

• The state funds community colleges based on enrollment, a process known as “apportionment.” The enrollment time is measured in Full Time Equivalent Students (FTES), a measure of instructional time in hours.

• CCSF has been absorbing about $24 million a year in costs to non-credit courses when the state reduced the amount of apportionment it allotted to schools for non-credit courses. The school did not want to reduce classes in light of state cuts, and began paying for them out of pocket.

• In order to make up for the unique nature of its campus sites, the state offsets low apportionment at CCSF with money called a “foundational grant.” Essentially, the school receives anywhere from $500,000 to $1.5 million a year for specific campus locations.