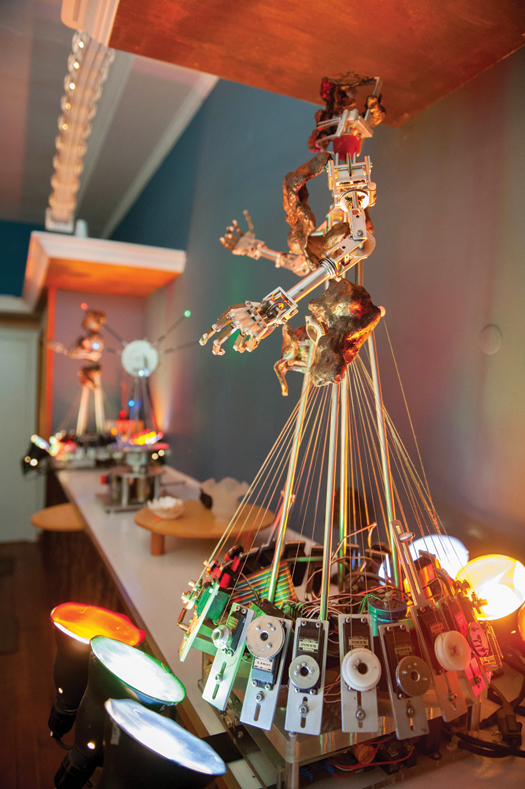 From the outside, it’s an unassuming Mission District storefront, infrequently open to the public. But inside, Area 2881 reveals a rare glimpse into the private lives of robots. Perched on miniature foot-lit pedestals, two robot slaves dance for roving audiences, their slightly jerky motions belying the complexity of their 41 meticulously designed joints. The slaves appear both vulnerable yet indestructible, humanoid yet alien, and the weird spectacle of their forced entertaining is both unsettling and strangely affecting. The rest of the room is a whirring, spinning, buzzing paroxysm of light and kinetic sculpture, ushered into this world from a parallel plane by the human hands of mild-mannered applications engineer by day, mad scientist by night, Carl Pisaturo.