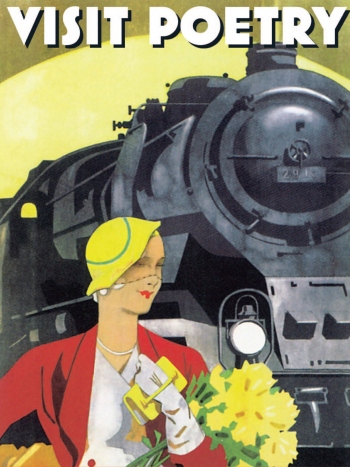 It is inevitable after reading today’s Best of the Bay 2012 issue that your heart will be swole with pride for our beautiful Bay Area By the Bay. Seize the moment! There are a plethora of arts and culture happenings this week that are perfect examples of — as our managing editor Marke B. put it in his intro to BOB — “the sheer gorgeousness, thriving alternative culture, and promise of freedom and acceptance that are unique to our shores.” Cheers!

Turns out, artists aren’t always their best critic. That’s why CELLspace’s open critical studio is such a great opportunity for creatives. Come discuss your art, discover the work of others, and — hopefully — take away a dose of constructive criticism that every creator needs from time to time.

Though it’s one of the city’s premier comedy clubs, Cobb’s isn’t stupid enough to forget the little guys. This Wednesday, check out the club’s up-and-comer showcase, where you can see some of the Bay’s funniest fledglings before they hit it big and really start taking your money.

The San Francisco International Poetry Festival brings you tons of excuses to brood in a vaguely-Italian coffee house while penning lines into your journal. The series of readings from poets of international acclaim — from Iraq to Italy, Sweden to Malta — kicks off this Thursday. Set ever-so aptly in Jack Kerouac Alley, hosts Jack Hirschman, Lawrence Ferlinghetti, and city librarian Luis Herrera will introduce the festival’s lineup of poets with the accompaniment of a modern concert from Neeli Cherkovski, Matt Gonzales, and Jonathan Richman.

The Wizard of Oz movie night with the San Francisco Symphony

Join the San Francisco Symphony for a unique screening of America’s favorite kids-movie-that’s-not-actually-a-kids-movie. Beyond the fantastical plot line of The Wizard of Oz, the film’s striking visual elements and majestic music and score are part of what has made it the timeless classic it is today. Bridge the gap between silly and sophistication this Thursday by dressing up in your favorite Oz costume, watching the movie, and listening to the SF Symphony perform the score live.

If you missed this month’s run of Root Division’s modern story-telling art exhibit, you still have a chance to catch this glamorous culmination, closing reception, and publication release. Taking a page from Ernest Hemingway, “Re: Told” reframes cultural narratives in order to create a contemporary storytelling experience, yielding an accessible look into some very intimate realities.

Prominent Japanese nature photographer Naoya Hatakeyama shows us the dualistic relationship between man and nature in this large-scale photography exhibit illustrating man’s attempt to control nature and, in the wake of the Tohuku earthquake and tsunami. The austere power of nature over humans’ best attempts to rein it in figures prominently in “Natural Stories,” which possesses an ironically calm visual approach to such a powerful concept.

The native Californian basket collection at the Oakland Museum of Art would, from a novice’s eye, seem to be complete. Yet due to the Ohlone tribe’s tradition of burning their possessions after death, the tribe’s baskets are scarcely represented among the collection’s 2,500 pieces. To remedy this dearth, the museum commissioned Ohlone artist and scholar Linda Yamane to create a basket. After a two-year documented process, we have an opportunity to welcome the 20,000-stitch, several thousand feathers, and 1,200-bead that make up the Ohlone basket into the museum’s collection with a day of festivity, including story-telling, dance, and song.

The Coming Century of War Against Your Computer

Hey you, the one with the oversized headphones and approximately windows to burn open on your laptop, listen up. As part of its specialization in the speculative — that is, fantasy, horror, and science fiction — Borderlands Books presents Corey Doctorow and his book The Coming Century of War Against Your Computer. Copyright laws, net neutrality, and SOPA may be much more serious indicators of the technology takeover than we thought, so let this be your opportunity to decide whether you’re going to let technology-driven measures govern your life.