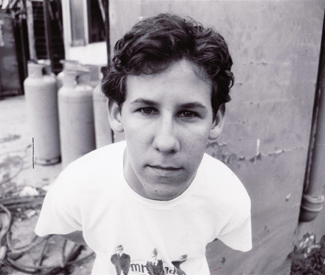 SFJFF “All greatness comes from pain.” The simple statement comes from Raoul Felder, brother of legendary R&B songwriter Doc Pomus, in the beautiful, crushing mediation on his brother’s life, A.K.A. Doc Pomus, the closing-night film of the San Francisco Jewish Film Festival.

Doc wrote some of the greatest music of a generation: R&B and early rock’n’roll standards such as “This Magic Moment,” “A Teenager in Love,” “Save the Last Dance For Me,” and “Viva Las Vegas” — songs made famous by the likes of Dion, the Drifters, and Elvis Presley. Jewish, debilitated by polio, and vastly overweight, Doc defied expectations while struggling with a lifetime of outsider status and physical pain.

It’s a subject that runs — albeit in far paler shades — throughout many of the fest’s music-filled documentaries. Defying limitations, strength through struggle, alienation, outsiders looking in; these all come up again and again. Tsuris to nachas, struggle to get to joy. All that plays out in the films, along with wildly varying (R&B, hip-hop, classical old world violin, 1990s-era Australian grunge pop) and vibrant music created by the subjects.

In Y-Love, about the gay, formerly Hasidic (still Orthodox) black Jewish rapper, these themes of isolation persist, almost painfully so. Having just come out during the year of filming, Y-Love seems to be smack dab in the midst of his struggle, and not yet capable of showing it all to the cameras following him through performances in Israel, his childhood neighborhood in Baltimore, and a New York recording studio. Most of these scenes are a bit long, focusing intently on Y-Love’s furrowed brow as he talks in great detail about the past without revealing much about how it’s affecting him now.

That’s not to say he hasn’t achieved something notable — we see that part. Y-Love does have followers, his records are starting to gain some traction, his YouTube videos have plenty of hits. He’s an anomaly in the communities he’s chosen (Judaism, the hip-hop scene), and owes his burgeoning artist status to this. He defied an agonizing childhood with an alcoholic, drug-addicted mother by turning to Judaism — a religion he first heard of in a TV commercial, a story he mentions in most interviews — and using word flow to study Torah.

On the other side of the world, and from an entirely different generation, there’s Jascha Heifetz, the gifted subject of God’s Fiddler. Growing up in rural Russia in the early part of the last century (he passed away in 1987), he was attached to the violin nearly since birth — a voice-over tells the story of Heifetz as a baby being soothed by the instrument’s sound — and a prodigy by age 5. Heifetz struggled with a demanding father and rising anti-Semitism, and had to fight to live in Saint Petersburg: the city had a quota for the amount of Jews allowed within its limits, not to mention the amount of Jews allowed to study at its prestigious music conservatory. But his eventual international attention and success led to a period of rebellion; negative reviews led the wunderkind to contemplate suicide. Emerging from the darkness, he re-focused on his instrument — but never again smiled while playing.

Though Ben Lee was born in Sydney, Australia some 77 years later, his musical journey — traced in fun, frenzied, colorful doc Ben Lee: Catch My Disease — mirrors Heifetz’s in certain ways. His first bout with fame also came at an early age, as a precocious tween in ’93 with his band Noise Addict. He went on to achieve higher levels of attention as a solo artist, steadily releasing poppier albums throughout the late ’90s and early ’00s, but never again reached as wide an audience outside of Oz (where he is a bona fide superstar).