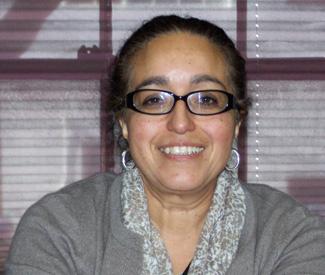 As Sup. Christina Olague was being appointed to the District 5 seat on the Board of Supervisors by Mayor Ed Lee in January, we noted how difficult it might be to balance loyalty to the moderate mayor with her history as a progressive and someone running for office in one of the city’s most progressive districts.

By most indications, Olague doesn’t seem to be handling that balancing act — or the pressure that goes along with it — very well at all, to the increasing frustration of her longtime political allies. And that’s never been more clear than on the issue of repealing the city’s ranked choice voting (RCV) system.

As you may recall, earlier this year the board narrowly rejected an effort by its five most conservative, pro-downtown supervisors to place a measure repealing RCV on the June ballot. So chief sponsor Sup. Mark Farrell tried again in March with a ballot measure for November, this time just for citywide offices, and Olague surprised progressives by immediately co-sponsoring the measure, giving it the sixth vote it needed.

Since then, she’s offered shifting and evasive explanations for her actions, telling RCV supporters that she would withdraw her support then going back on her word. Sources close to Olague say that she’s been taking her marching orders on the issue directly from the Mayor’s Office, even as she tries to appease her progressive supporters.

Even trying to get a straight answer out of her is difficult. Two weeks ago, as the Farrell measure was coming to the board for a vote, I called her on her cell phone to ask whether she still supported the measure, and she angrily complained about why people care about this issue and said “you’re going to write what you want anyway” before abruptly hanging up on me.

I left her a message noting that it was her support for repealing RCV that had raised the issue again, that I was merely trying to find where she now stood, and that we expect accountability from elected officials. She called back an hour later to say she was still deciding and she denied hanging up on me, claiming that she had just run into someone that she needed to talk to.

At that week’s board meeting, she offered an amended version of Farrell’s proposal – which would replace RCV with a primary election in September and runoff in November for citywide offices – repealing RCV only for the mayor’s race. She has not directly addressed the question of why she supports a September election, which is expected to have even lower voter turnout than the old December runoff elections that RCV replaced.

So RCV supporters worked with Board President David Chiu to fashion an third option, this one maintaining the ranked-choice election for all offices in November, but having a December runoff between the top two mayoral finishers.

Going into this week’s board meeting on the issue, nobody was quite sure where Olague stood on that proposal or the overall issue, again because she’s been making different statements to different constituencies. And as the issue came up and various supervisors stated their positions, Olague stayed silent, as she has remained since then, refusing to return our calls or messages on the issue.

But because of technical changes to the three measures requested by the City Attorney’s Office – which Farrell made to Olague’s option, which he said he would support if his is defeated – consideration was delayed by a week to this coming Tuesday.

RCV supporters and Olague’s progressive allies didn’t want to speak on the record given that she is still the swing vote on the issue, but privately they’re fuming about Olague’s squirrely temperament, lack of integrity, and how she’s handling this issue (as well as her bad votes on the 8 Washington high-end housing project and her role in the Lee perjury scandal).

But rival supervisorial candidates like Julian Davis – who came to the hearing at City Hall Tuesday and proclaimed his unqualified support for RCV – are less reticent.

“Silence or avoidance are not acceptable, so we’re calling for her to explain why a low-turnout, plurality election in September is good for San Francisco. Help us understand,” he said, noting that such a election especially hurts minority groups and other progressive constituencies that don’t vote as reliably as conservatives. “Why should Christina Olague have anything to do with it? You and the rest of San Francisco deserve an answer.”

Meanwhile, Davis recently won the endorsement of local Democratic Party Chair Aaron Peskin, while fellow progressive candidate John Rizzo announced his endorsement by Assembly member Tom Ammiano. And there are rumors that some prominent progressives who have already endorsed Olague are considering withdrawing their endorsements because of her recent behavior.

All of which make for some interesting dramas going into Tuesday’s RCV vote.