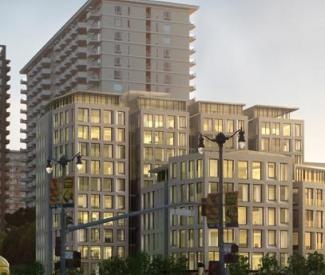 There’s a week left to stop the sale of San Francisco’s waterfront to the 1 percent.

The Board of Supervisors approved the 8 Washington project, and a coalition that (for various reasons) opposes this giant pile of housing for the very, very rich is trying to put the issue on the ballot. That takes a lot of signatures, and there’s only one week left to collect them.

I could tell you the story of why this project sucks, or you could just read it here. In my mind, it’s simple: If we are using public land to build housing for the richest people in the country, allowing a developer to clear a couple hundred million dollars while offering the city only $11 million for affordable housing — nowhere near enought to equalize the housing imbalance inherent in this deal — then we’re losing the city’s future.

Hell, I’m willing to have a discussion this fall about the really, really dumb idea of tearing down the Hetch Hetchy dam. Let’s at least give the voters a chance to look at the future of the city’s housing policy.