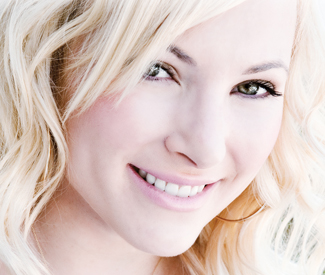 LIT “Do you consider yourself sex-positive?”

If you have a chance to interview John McCain’s daughter, and she identifies as a feminist, and is demonstrably more comfortable in strip clubs than the “liberal comedian” with whom she has embarked on a tour with in promotion of their book America, You Sexy Bitch! (Da Capo Press, $26, 352pp), you have to seize your moment to ask the big questions.

The pause from the other end of the telephone line tells me Meghan McCain, however, does not know what this term refers to. “Do I consider myself sex-positive? I’m not sure what you mean.” See?

She and Michael Ian Black will be in conversation at the Castro Theatre on Tue/17 at an event sponsored by the Commonwealth Club, by the way.

“It’s a term that we use — keep in mind I’m calling from San Francisco,” I say. “To mean not ashamed of sex. Of the opinion that having sex with people is OK. Different kinds of sexualities?” Apparently I don’t know what sex-positive means either, or else I am awkward in explaining the term to Republicans.

McCain, having been raised in the belly of a well-oiled political machine, is wary of potentially loaded questions from reporters. But she has also built her adult career on being a fiscally conservative woman who delights in bucking the social mores of the Republican Party. As such, she is able to compose a categorical response that is still pretty charming to her commieweirdo interviewer.

Despite the many pages McCain and Black spend casting themselves as a “real” conservative and liberal — McCain as a gun-loving war eagle, Black as a snarky priss — the secret-not-secret point made by America, You Sexy Bitch is: politics don’t make the person. To that end, readers are taken on a RV tour of the country with McCain and Black, a trip that threatens to reveal the real America. We learn that McCain is far more comfortable in strip clubs than Black and is happily single at 27, while the Ed veteran has been married since his early 20s, rarely gets drunk, and lives in the suburbs with the wife and kids.

One of my favorite aspects of McCain (and I have many), is the way she speaks out against the treatment of women in the media. Her fervor should come as no surprise: last year, she wrote a scathing open letter to Glenn Beck when he called her fat on his radio show. (“As a person known for his hot body, you must find it easy to judge the weight fluctuations of others, especially young women.”)

She’s great! We’re best friends! Hang out with me, Meghan! But then, this, meant to be completely free of irony: “I hate this idea that the feminist movement has been caught up in the pro-choice movement and somehow the denial of femininity, which is something I don’t understand. For me being a feminist means giving women the choice to do whatever they want.”

Wa-wahhh. Still, I’ll take her over Beck any day.