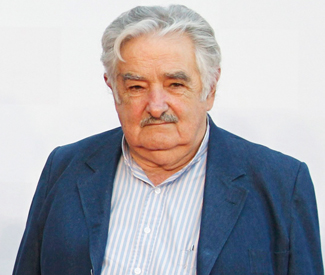 HERBWISE Happy Independence Day hangover (yes, still)! I’ll leave aside all discussion regarding the wisdom of the mid-week holiday and head straight into the fact that I spent the evening of the Third of July very, very sadly.

It was for this reason: after work I tore over to my beloved neighborhood dispensary Shambhala Healing Center (www.shambhalasf.com), arriving ten minutes before closing time. It was closed. Peeved, I called in to lightly berate them for shuttering early.

But this was no early start to the staff’s holiday. Just hours after I posted last week’s Herbwise about the Vapor Room going kaput, I found out Shambhala’s brick and mortar location had shut its doors for the last time on June 30.

Now this should not have come as a surprise. I spent time with an indignant Shambhala founder Al Shawa in his dank-smelling dispensary backroom this spring, discussing the letter that US Attorney Melinda Haag sent to his landlord, proclaiming that his storefront was inappropriately close to a playground, and that this landlord faced decades of jail time if he wasn’t evicted (“Shambhala Healing Center next on the federal chopping block,” 3/5/12).

I should have been paying closer attention to Shawa’s predicament, especially since I buy my sativa from him. At least Shambhala will continue to deliver, a move that the last place I used to buy weed from in the Mission, Medithrive, also resorted to when it was forced to close in November. (For the Herbwise column on that mess see “For the kids?” 12/13/11)

For me, the Third of July was a moment when this to-do between the federal government and these local businesses (and more importantly, the patients that depend on cannabis to function) punched me in the gut. My plans for THC consumption over Independence Day had been foiled by the feds, and all at once the sheer idiocy of this whole cannabis crackdown was almost too much to bear. Work on real problems! Go!

(By the way, SF Chronicle columnists Philip Matier and Andrew Ross have it on good authority that Obama is coming back to town on July 23 for his seventh Bay Area fundraising trip this year, who is down for a protest?)

So this week, I’m giving it up for South America. Big ups to Uruguayan president Jose Mujica for proposing a plan to legalize marijuana so that adults could walk into government-run stores and buy weed. He presented it as an anti-crime measure, suggesting that the hundreds of millions of dollars spent on pot by consumers could be better funneled in the government’s pocket than those of illegal drug dealers.

President Mujica is blessed with one of his continent’s most stable countries — plus it’s tiny, at 3.3 million inhabitants — so his plan could prove more manageable to implement than elsewhere in South America. But he’s not the only leader south of Panama to call bullshit on this War on Drugs. This spring at the Summit of the Americas in Cartagena, Colombia, that country’s President Juan Manuel Santos called for an “in-depth discussion” on the War on Drugs’ utility, preferably one “without any biases or dogmas.” He suggested, as many have, that Prohibition has never worked before, and might not be working now.

Our president was there too. “Legalization is not the answer,” said Barack Obama to a conference full of Latin American leaders. Of those who remain focused on this issue, President Obama counseled perspective. He said that this kind of debate seemed “caught in a time warp, going back to the 1950s and gunboat diplomacy, and Yanquis, and the Cold War, and this, and that, and the other. That’s not the world we live in today.”

Anyways, I’m sure that when he gets here — July 23! — he’ll be looking for our opinion on the ways of the world. ¡Hasta pronto!