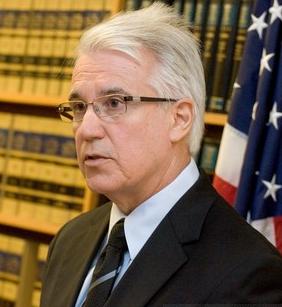 Luke Thomas from Fog City Journal showed up at a press conference District Attorney George Gascon was holding on another topic, and threw in a question about the allegations that Mayor Ed Lee lied under oath before the Ethics Commission. Gascon’s comments were, as I would expect, pretty well couched in political-DA language, but the man who initially filed the domestic violence charges that set off this legal episode came down clearly on the side of having Ethics investigate further:

Luke sent me a transcript of Gascon’s full remarks, to wit:

I got in touch with Gascon’s press person, Stephanie Ong Stillman, and she confirmed that the DA thinks right now Ethics ought to be handling this:

“We don’t want to interfere with the Ethics Commission’s ongoing process.
All we know is what’s being reported in the newspapers.  These allegations
arose in the context of an ongoing Ethics Commission hearing, therefore the
Ethics Commission is the most appropriate body to look into this matter.”

Doesn’t sound like Gascon is eager to launch his own inquiry. But he’s at least interested in hearing what the key witnesess have to say — and he seems to agree that they should be placed under oath.

In fact, Gascon seems to be saying that he will look to Ethics to conduct the initial investigation — which just puts more pressure on the commissioners to allow Mirkarimi’s lawyers to put Walter Wong and Christina Olague on the stand.

I wonder if Lee is starting to regret setting off this whole spectacle. If he’d just demurred and allowed the voters to weigh in with a recall election, he could have avoided what may be a costly political mistake.

Oh, and by the way: Since the Chron made a huge deal out of Ivory Madison’s sworn statement — much of which was tossed out as inadmissible — it’s worth reading the entire statement of Eliana Lopez, which is posted here.