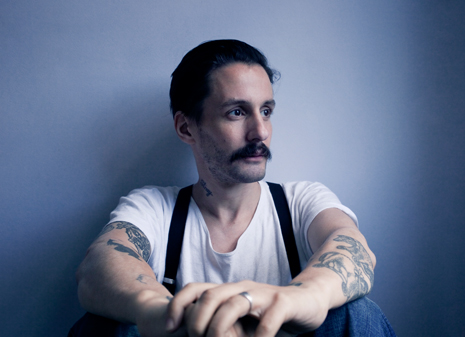 Uhhhh…. yes, I’m finally recovering from Pride, which was quite a thing. Here’s the quick tea: our SFBG Pulling Pork for Pride party was chill in a good, busy, porky way. Nightlife at the Cal Academy was a breezy, star-filled affair — with baby ostriches, even! The lovely Mr. at Monarch on Friday was packed with stylish yet soulful dancers (along with Quentin Harris at Saturday’s Mighty Real shindig, one of the most diverse parties of the weekend, too).

Juanita More’s double-venue marathon on Pride Sunday was a high-water mark: its throbbing, post-runway crowd dressed in custom black separates and dripping vintage gold chains. Hard French was also a rockin’ delight, its post-Tumblr crowd dressed in custom neon separates and dripping in silver netting. And Honey Soundsystem was just far too hot-hot-hot (both temperaturewise and bodywise), its crowd pretty much naked except for glimpses of Southwest-patterned motifs, whether shaven into baroque haircuts or flashed from acid-washed scraps. The music at every party was pretty amazing, and I even stumbled upon a secret shisha bar in the TL, woot.

People both crabby-old and young-hip were snippily comparing the actual Pride Sunday celebration at Civic Center to Love Parade, with its cavalcade of straight, inebriated youth, whose fuschia-fishnet-girl, unshirted-jocky-stoner hot-boy, slutty-mess energy I can only envy. But, one, it’s been like that since long before Love Parade migrated to our shores six years ago — more like Halloween in the early 2000s, I’d say. And, two — hi, if you’re going to throw a huge free(ish) party full of cuddly gays, rainbows, and drag queen unicorns, of course young straight girls will show up, with wannabe-boyfriends in tow. It’s not queer rocket science (gaeronautics)!

Welcome to assimilation, queens: us drunk straight girls gon’ be there, k?

But outside of the wild teens, it did all seem a bit mannered, so well behaved — like no one really got craaazy with Pride. I hope we haven’t put that side of us behind us. Scream something!

Where do we go from here? Well, besides this week’s picks in the paper for Kafana Balkan, Sandwell District with Mark E., Pepper’s 19-year reunion, and, dream of my youth, a DJ set from the Smiths’ Andy Rourke (not to mention the return of the Underground Market to Public Works), here’s a few more parties gettin’ mah goatee this week that I couldn’t fit into print.

I hung out a few times with this quintessential deep, sophisticated house producer in Detroit in the 1990s, and it’s such a pleasure to see him return to the DJ scene. Whether on his own or along with oft-partner Ron Trent, he made some of the timeless classics of the early techno-house era, bringing out a true spirit in the machines. He’s hitting the ever-glowing Housepitality weekly (which next week hosts the amazing Recloose. Booking coups!)

On to the headier side of classic Detroit tech now, as longtime ace producer Hood blends hypnotic experiments with machine-soul vibes, stripping things down wickedly, expertly to the cosmic sub-basement level.

Kill the DJ! At least that’s what his Paris party’s named, but global fans have long smothered him with love, writhing to his dark-disco, genre-melting style that ranges from pounding No Wave chestnuts to cutting edge icy minimal wave re-edits. Hang with him high for an extended set, among the strobing lights at the Honey Soundsystem weekly, which continues to kill it for hot queers and their hot friends.

Living! Francois K., Joe Clausell, and Danny Krivit, together again and playing SF. One of my favorite clubs of all time (seriously, I flew to NYC all the time especially for its amazing blend of, well, body and soul) isn’t coming to Mighty until 10/6 — but now’s the time to get tickets before it sells out. $20 presales available here: www.mightybodyandsoul.eventbrite.com and we will groove all night.