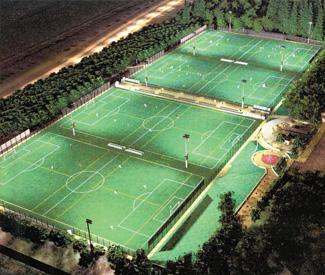 As opponents of a controversial plan to install artificial turf soccer fields in Golden Gate Park appealed the project’s approval to the Board of Supervisors – with a hearing set for July 10 – they criticized how a soccer coach inappropriately used children to lobby for the project and raised hopes that a new alternative plan would be supported by supervisors.

Responding to the recently approved plan threatening to pave over seven acres of natural grass playing fields in Golden Gate Park, the main organizing opposition, SF Ocean’s Edge, and its attorney, Richard Drury, submitted the 300-page appeal to the board on June 12. The appeal challenges the environmental impact report, citing many of its inadequacies, including the renovation’s aesthetic and environmental inconsistencies with that of the Golden Gate Master Plan and its failure to consider other possibly better alternatives.

The Beach Chalet Athletic Fields Renovation was approved by the Planning Commission and Parks and Recreation on May 24 after a joint hearing that lasted more than six hours. During the hearing, opponents criticized many of the project’s features, but an especially outrageous concern came weeks afterward when a letter from an upset parent began circulating. In the letter, an angry father accuses a Vikings League soccer coach of using his unknowing son as a political pawn to support the renovation project.

“I was shocked and angered to learn that our eleven-year-old son was taken by his soccer coach, without our knowledge or consent, to attend the joint committee meeting in support of converting the Beach Chalet soccer fields to artificial turf.  He was one of the dozens of kids in team uniforms,” said the letter.

The parent said his son was picked up from school and was already dressed in uniform ready for practice but instead was taken to City Hall.

“It is really an outrage,” said Katherine Howard, SF Ocean’s Edge organizer, “to use children to further one’s own agenda instead of having an open and honest discussion.”

Renovation supporters argue that replacing the fields with artificial turf and bright lighting will allow children greater access and contribute to a growing need for more athletic fields throughout the City.

The letter accused the Vikings League of appointing itself speaker for San Francisco’s youth when not every parent or child agrees. And in this case, the boy was said to be in tears after the hearing.

“If my children were brought before a hearing for political purposes,” said Drury, “I would be livid.”

Drury and others maintained the park should be kept as a retreat from the pressures of urban life. Contained in the appeal is an alternative hybrid project that opponents are calling a “win-win solution.”

They propose renovating the playing fields at West Sunset Playgrounds with artificial turf and adequate lighting while keeping the Golden Gate Park fields natural with maintenance that includes adequate drainage and gopher control.

“It’s a very simple and very reasonable alternative,” Drury said, adding that the hybrid plan meets all the objectives of the city’s current proposal and wouldn’t increase the costs.

Although Parks and Recreation were uncooperative and refused to consider the hybrid plan, Drury and Howard feel optimistic about the appeal and think they will have better luck dealing with the Board of Supervisors.