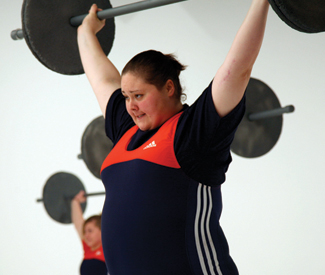 FRAMELINE What happens when a human being becomes a meme? This is the question at the heart of Me @ The Zoo, about YouTube celebrity Chris Crocker — destined to be forever known for his sobbing rant imploring the universe to “Leave Britney alone!”

What could have been a one-joke documentary is, to filmmakers Chris Moukarbel and Valerie Veatch’s credit, a layered look at insta-fame in the internet age, the perils of cultivating an oversized persona (particularly while living in a small, closed-minded town), and the hard lesson that life in the spotlight also equals life under a microscope.

Far from being reducible to a single screen grab, Chris Crocker is a deeply complicated person. As the film begins, he knows exactly who he would like to be — her name rhymes with “Britney Spears” — but is a little less certain about who he actually is. Growing up in Bristol, Tenn. (“A good place to live,” an oft-filmed town sign reassures us), Crocker was bullied for being gay; in high school, home-schooling became necessary. With few friends and little supervision (his troubled mother is a peripheral presence; he lives with his grandparents — the parents of his completely absent father), the bright, charismatic, attention-starved teen turned to the burgeoning world of internet video.

Despite homophobic haters all too happy to shower him with ugly, threatening comments, he became a MySpace sensation with his manic, lip-glossed, gender-bending videos. He cultivated a bratty catch phrase: “Bitch, please!” When YouTube appeared in 2005 (the doc’s title comes from the site’s very first upload), Crocker was one of its early addicts, and his fame grew along with his subscriber count. He danced, he provoked his tough-as-nails grandma, he modeled wigs, and he vlogged, often with exaggerated emotion. When his idol took a dive into paparazzi-documented insanity in 2007 (Feb.: head shave; Sept.: disastrous “comeback” performance on MTV), of course he made a video about it. He could not have known that the clip, which currently has over 43 million views, would go viral, and that suddenly everybody would know about Chris Crocker.

Yay! It’s what he wanted! But was it? “I love acting like I don’t want it,” he gleefully announces, faux-shunning photographers trailing behind him on a visit to Los Angeles. But the Crocker zeitgeist ends nearly as soon as it starts. His reality show (to be called Chris Crocker: Behind the Curtains) fails to find a network, and he soon becomes yesterday’s novelty-news hook. Back in Tennessee, he’s surprisingly sanguine about his short-shrift stab at stardom and eventual slide into notoriety: “I’m one of the first people who’s famous for not being famous,” he says. And later: “I can’t stop being myself.”

As the kids say, haters gonna hate. But when being yourself brings you such joy, who cares? Nickolas Bird and Eleanor Sharpe’s effervescent Ballroom Rules follows a team of Australian same-sex ballroom dancers as they train for the Gay Games. The action revolves around Melbourne’s only LGBT-centric ballroom studio, Dance Cats, and its crew of dedicated learners. Comparisons to 1992’s Strictly Ballroom (frustrating practice sessions; copious sequins; stuffy jerks who oversee the mainstream ballroom scene) can be made, except same-sex dancers must be what the movie calls “ambi-dance-trous” — able to switch leader-follower roles mid-routine. That the Dance Cats crew is such a warm, often hilarious group who’ve overcome much (homophobia is the least of it) to get where they are makes Ballroom Rules that much more inspiring.

Also inspiring: the Lance Bass-produced Mississippi: I Am, Harriet Hirshorn and Katherine Linton’s short doc about what it’s like to be a gay teen in the deep South. Hint: it sucks year-round, but prom season is especially dicey. Julie Wyman’s STRONG!, about Olympic weightlifter Cheryl Haworth, follows the 290-pound athlete as she hefts mind-blowing amounts in the gym and speaks honestly about her issues with confidence and body image. Haworth is a delight (her nickname is “Fun”), and while STRONG!‘s more serious themes are important, the off-the-cuff scenes with its subject (her car, a hilariously retro 1979 Lincoln Continental, is dubbed “Mary Todd”) are just as memorable.

Two more docs worth mentioning, about a pair of men whose fascinating lives are ideally suited for cinematic exploration: the PBS-ish Revealing Mr. Maugham, about hugely successful playwright and author W. Somerset Maugham, whose works are still being made into films today; and Times of Harvey Milk-ish Vito, about groundbreaking activist and Celluloid Closet author Vito Russo — a spot-on opening-night choice for Frameline.