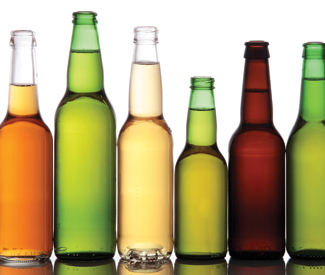 SUMMER DRINKS When Anchor Steam began its renaissance back in the early ‘80s, California went all in on the craft beer movement, and hasn’t looked back since. Three decades later, this renewed approach to brewing has not only radically pushed boundaries, but redefined the role of beer in our social fabric.

In the right setting, a quality brew can carry the dignity of a fine wine; but don’t let today’s rampant, beer-geek elitism fool you. It’s still a populist beverage if ever there was one. Looking for a refreshing, approachable ale or lager to nurse on a hot day in Dolores Park? Fear not: our nation’s maverick microbrewers have your back. So, before you go throwing those Coronas in the cooler, take a minute to reassess your options.

For six years now, SoMa’s City Beer Store has curated one of the most exhaustive selections of any bottle shop in town. Owner and buyer Craig Wathen had the following brews to recommend over the coming summer months, which you can snag either in bottles his store (1168 Folsom, SF. www.citybeerstore.com).

Highly drinkable and low in alcohol, these session beers are ideal for a leisurely day of drinking in the sunshine. An ideal replacement for macro-lagers like Bud and PBR, they pack a serious hop-punch, while avoiding the heavy malt backbone of most aggressively hopped beers. Stillwater’s Table Beer is fermented with a wild yeast strain, imparting the tart funkiness of Belgian sour ales, while Iron Springs’ Kent Lake Kölsch, a riff on the crisp, clean German style, was awarded the bronze medal for Best Blonde or Golden Ale at the 2011 Great American Beer Festival in Houston.

Cited for their fruity tartness, barnyard funkiness, and vinegary acidity, Belgian-derived sour beers are among the most complex in the world. Fermented with wild yeasts, and oftentimes aged in barrels, these brews are risky and expensive to make, and usually produced in small quantities. While sours remain a niche product, you owe it to your palate to try one; the four listed above are relatively light-bodied, golden in color (as opposed to certain red and brown sours), and totally satisfying on a hot day.

Constantly evolving and developing, aggressively hopped IPAs are the bread and butter of California craft brewing. Knee Deep’s Simtra Triple IPA is an extreme example of the style: taking inspiration from Russian River’s Pliny the Younger, it contains three times the hops of a standard IPA, resulting in an onslaught of bitterness. Alesmith’s Summer Yulesmith, a seasonal double-IPA, is similarly assertive; check out the fireworks on its label, and consider picking up a few bottles for your Fourth of July bash.

A heavy, roasty, dark beer can be a great indulgence on a summer night, and High Water Brewing offers a great novelty with its Campfire Stout: s’mores in beer form. Brewed with graham crackers, chocolate malt, and toasted marshmallow flavor. Before you begin that rousing round of “Kumbaya,” pop one of these.

OTHER SF BEER SPOTS WORTH CONSIDERING: