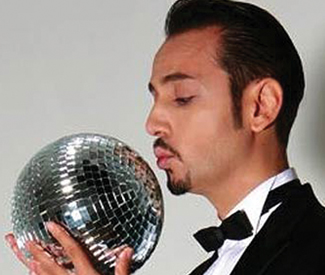 Respected undergroundish house DJs are being kicked out of upscale club booths at an alarming rate. In February, Dennis Ferrer was tossed from the tables at Miami’s Mansion for not playing “commercial enough.” Last week, our own beloved Mark Farina got bumped from the Marquee poolside in Las Vegas because the management was “getting complaints from the table service crowd” about too much house. (And, most inexplicably, adorable ambient sage Mixmaster Morris was unplugged at a prestigious Berlin event late last year, for not wanting to spontaneously tag team with the tipsy promoter.)

Beyond screaming, “Why the hell would you play these idiotfests to begin with!” (each has their own credible individual explanation), I tend to think this rash of boots is simply symptomatic of dance music’s current bout of mainstreamification. A similar thing happened when oonce-oonce techno took over mainstream-y dance floors in the mid-1990s. Suddenly it seemed every DJ disappeared except Paul van Dyk, Paul Oakenfold, Armin van Buuren, and Sasha and Digweed. Creepy. This time around, house lovers, there’s plenty of venues and crowds for everyone, without having to cry about our time slot in the Electric Daisy Cannibal of life. All is full of PLUR. Just don’t fuss with our Farina again, Vegas, or we’ll Mushroom Jazz your ass.

And now I will spin you a shaggy tale of reverse-douchebagginess. The year? 2000. The place? Winter Music Conference in Miami. The party? Playboy Mansion. All the fixings of a bottle service fake boobs popped collar disaster-fantasy! Of course I went. But then. Someone handed me one of those little shaker eggs that make maraca noises. And then. DJ Dmitri from Paris launched into a 12-minute version of “Love is Always on Your Mind” by Gladys Knight and the Pips. The floor went wild and I went straight (forward) to heaven. It was totally like that moment in the gay bar in 1978 when someone hands Sandra Bernhard a tambourine. Free at last! Ever since then I’ve adored this kicky disco Greek Frenchman, and now that he’s launched several re-edit projects, he’s back in the pulsating limelight. Will he drop the epic opera version of Pet Shop Boys’ “Left to My Own Devices”? As a guest at Marques Wyatt’s monthly Deep party, one of the best and most diverse in SF, anything goes.

Have we at least reached the late Steve Miller Band stage of electro-disco? Abracadabra, out pops this mysterious prestidigitator, pulling blissful, keyboard-chiming, fog-enshrouded tricks from his fuzzy-wuzzy dream hat. I am assuming ze Magician is French, because he pulls off that excellent French touch trick of pulling your feverishly beating heart out of your chest right when the strobes hit. But in a more contemporary, happy house way. (UPDATE: The Magician is possibly Belgian. Magic!)

Don’t call him a “throwback”  the young soul-funk revivalist prefers to count J. Dilla among his influences, even while he’s nicking inspiration from Holland-Dozier-Holland. The Stones Throw label favorite’s DJ set should span a spectrum of mood-bending, rootsy sounds.

Kind of freaking out about this one. Some of the deepest, most intellectually soulful – and danceable! – tech-house future beats are being made in Oakland right now (and for the past few years) by the Deepblak crew. This showcase will bring together most of the major players at SF’s SOM: Diaba$e and Nasrockswell, Blaktroniks, Aybee and Afrikan Sciences, and Damon Bell. Do not miss this night of exquisite hometown, hand-crafted live machine vibes.