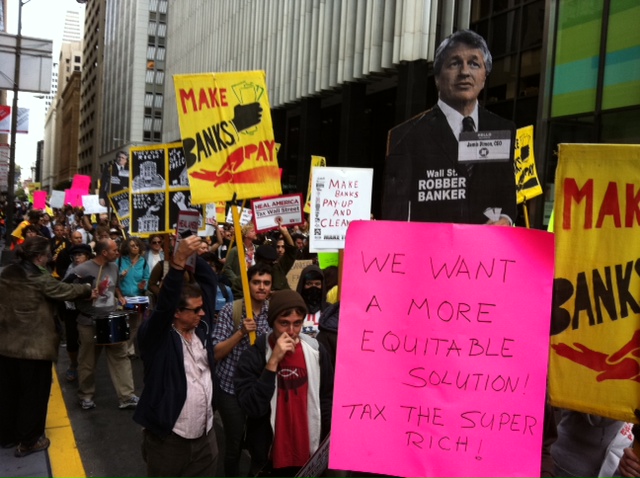 Mayor Ed Lee and his business community allies failed to reach an agreement with labor and progressives by today’s deadline for submitting fall ballot measures to the Board of Supervisors, leading progressive Sup. John Avalos to introduce a business tax reform measure that would compete with Lee’s proposal.

The Avalos measure would raise $40 million in new General Fund revenue to restore recent cuts to city services while Lee’s would essentially be revenue-neutral, although Lee did tweak the formulas to raise about $13 million in new revenue that would be dedicated to a new Affordable Housing Trust Fund, which would be created by another ballot measure that Lee was having a hard time funding in the face of business community opposition.

“I don’t believe trickle down economics works, except for the 1 percent,” Avalos told the Guardian, arguing the importance of recovering revenue that the city lost when the biggest downtown corporations sued the city in 2001 to invalidate a gross receipts tax. Both the Lee and Avalos measures would gradually convert the current payroll tax into a new version of the gross receipts tax, which is preferred by most of the business community.

So, will voters in the fall be faced with competing ballot measures? Probably not, according to the same sources from the business and progressive sides of the negotiations who told us last week that it appeared a deal was in the offing, something they still believe.

“This is the beginning of the negotiations,” said the business community source, noting that both measures won’t be approved until next month, with discussions about merging them ongoing. “I’m sure this is part of the process and they will agree on a number.”

Our labor source agreed, predicting the two sides will come to an agreement because neither side wants competing ballot measure, but noting that Lee appears to be trying to create divisions between the progressive revenue coalition and the affordable housing advocates. “That’s just positioning on their part, but it doesn’t feel like good faith bargaining,” the source said.

Mayoral Press Secretary Christine Falvey seemed to leave the door open for compromise, telling the Guardian, “The Mayor believes that to be successful, we should continue building consensus around business tax reform and that it’s important that the business community continue to be key partners in that effort.”

Lee is trying to placate an emboldened business community, which has taken a hard line position on opposing new taxes even while seeking ever more tax breaks and public subsidies. In fact, Sup. Mark Farrell had another business tax cut on today’s board agenda, cutting the payroll tax for small businesses at a cost of more than $2 million to city finances.

“I believe we need to do all we can to incentivize job growth in our small business community,” Farrell said.

Avalos said he agrees with helping small businesses – which is why both his and Lee’s business tax reform measure shifts more of the tax burden to the large corporations that have been so profitable in recent years – but that “we should not be putting a hole in the city’s budget to do so.”

In a sign of just how strong the business community has become at City Hall compared to the progressive movement that had a board majority just two years ago, the tax cuts were approved on a 10-1 vote, with only Avalos opposed.