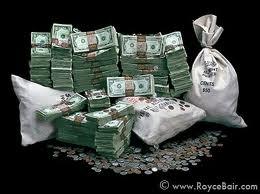 If you want to know what American politics looks like in a post-Citizens United world, check out the June 5 elections.

It’s not that this specific court case played a role in all of the key races — the tobacco industry could have spent $47 million to defeat a cigarette tax with or without Citizens United — but around the country, you saw the role that big money played in literally altering the political landscape.

Take Wisconsin. The national news media twist on this will call it a test of Obama’s field campaign and a referendum on labor, but it was really all about money. Walker and his big-biz allies raised $30 million, a lot of it through barely-regulated super PACs, and outspent Tom Barrett by more than 7-1.

In California, Prop. 29, which would have put a $1 tax on each pack of cigarettes to pay for cancer research, was way ahead in the polls, and I was pretty sure it was going to win handily — how can you vote against a tax on a product that kills people to fund a cure for the disease it causes? Prop. 29 had a 30-point lead a couple of months ago.

Then came the blitz — $47 million in TV ads, funded by a couple of big tobacco companies. The ads were classics of the type — misdirection and confusion aimed at getting people to vote No. And it worked: Prop. 29 is going down to a narrow defeat.

In San Francisco, Prop A, with little money and not much of a campaign, never had a serious chance. But the flood of Recology money made sure it never got even 25 percent of the vote (although if you asked people, outside of the campaign, whether the garbage contract should be put out to bid, most of them would say yes).

I think Recology money had an impact on the Democratic County Central Commitee, too; Recology paid for a lot of slate cards that promoted a lot of more moderate candidates. The company also paid for progressive slate cards (the Milk Club etc.), and I haven’t counted them all, but in the end, slate cards matter in the DCCC and they may have made the difference.

The local election was so low-turnout that it’s hard to draw any serious conclusions from it. But overall, money carried the day June 5 — and that’s a scary message.