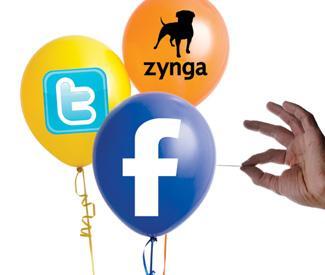 While most of the mainstream media in San Francisco continues to parrot Mayor Ed Lee’s belief that the new tech boom (and the tax breaks Lee extends to subsidize it) is good for everyone, The New York Times today ran a front page story raising concerns about its role in raising rents and hurting this city’s diversity.

Not only did the Times finally join the Bay Guardian in challenging the relentless boosterism of Lee and the tech industry titans who helped place him in Room 200, but Times reporter Norimitsu Onishi even referenced our April 10 “Is Oakland Cooler than San Francisco?” cover package as capturing “the prevailing angst.”

As we also noted in our Feb. 14 cover package about the new tech bubble and its fallout (“The bubble is back”), Twitter’s long-anticipated arrival in the mid-Market area this month has caused commercial landlords to jack up rents in the area, while the Google-busers and other tech workers who want to live somewhere cool have been driving residential rents through the roof.

The San Francisco Chronicle and their “pro-business” ilk have studiously ignored the trend, but it’s gotten so bad that even Lee was forced to address it last week. As he unveiled his budget and plugged his proposal for an affordable housing trust fund, Lee said, “I know there are anxieties out there because rents are starting to sneak up.”

Yet so far, proposals by Lee and other politicians who pushed the Twitter tax break – mostly notably Sup. Jane Kim, whose District 6 constituents are being hit with higher rents – have done little to offset the damage caused by exempting Twitter from paying business taxes on the 1,800 new employees it is hiring as taxpayers pay for a new Muni line and police substation for them.

The Times was also able to get good interviews on the topic with Lee and his venture capitalist sponsor, Ron Conway – both of whom refused to return our calls for the Guardian stories – and got them to sound like the corporatist shills they are. Lee had the temerity to compare his corporate tax break to civil rights struggles: “It’s economic civil rights. You get people a job, you build their economic foundation, and then, if you set the right tone, they will start helping you build communities. We can’t do it with government-funded programs. We have do it with the private sector.”

Yeah, you certainly can’t do it with government-funded programs if you’re focused on cutting business taxes and funding corporate welfare programs, even as he acknowledges that government subsidies are necessary to build housing affordable by the working class of San Francisco.

And from Conway, the Republican billionaire, we get this bit of wisdom: “So this boom is going to be very, very sustainable and it’s going to have a permanent impact, a permanent positive impact, on the culture and economy of San Francisco.”

Sure, it’s positive if you want San Francisco to be simply a city of rich people, served by working class people who get bused in from the surrounding suburbs, which seems to be Conway’s plan. That, and making boatloads of money by having city taxpayers subsidize all the tech companies he’s invested in.

That was the conclusion by the UC Berkeley economist that the Times interviewed, that despite all the happy talk from Lee and Conway, this boom is benefiting the upper middle class at the expense of the poor and middle class. And we at the Guardian are happy that we finally have another big media voice challenging the self-serving lies coming out of City Hall these days.