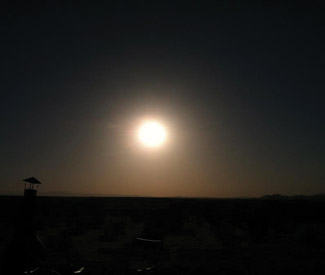 As an advocate for the passage of the San Francisco Sunshine Ordinance in the early 1990s, I felt obligated to take my first and only City Hall position and serve as a founding member of the Sunshine Ordinance Task Force. I served for l0 years and helped with many other good members to build the task force into a strong and respected agency for helping citizens get access to records and meetings and hold city officials accountable for suppressing access and information.

The task force is the first and best local sunshine task force of its kind in the country, if not the world. It is the only place where citizens can file an access complaint without an attorney or a fee and force a city official, including the mayor, to come before the task force for questioning and a ruling on whether they had violated sunshine laws. The task force lacked enforcement powers, but it still annoyed city officials, including Mayor Willie Brown.

In fact, Brown spent a good deal of time trying to kick me off the task force. He used one jolly maneuver after another, even getting an agent to make a phony complaint against me for violating the ordinance with an email (The complaint went nowhere). I refused to budge and decided to stay on until Brown left office—on the principle that neither the mayor nor anybody else from City Hall could arbitrarily kick members off the task force.

That principle held until about 3pm last Thursday (May 17) at the meeting of the Board of Supervisors Rules Committee to appoint candidates to the task force. At that meeting, without proper notice, advance warning, explanation, apology, or even a nice word or two, the supervisors suddenly turned a normal drowsy committee meeting into an unprecedented bloodbath for the task force and its independence. Sup. Mark Farrell played the heavy, Jane Kim was the facilitating chair, and David Campos was the reluctant third party, working together to bring Willie Brownism back at the task force with a vengeance.

The committee rejected four qualified candidates from three organizations who are mandated by the Sunshine Ordinance to choose representatives for the task force because of the organizations’ special open government credentials. (Doug Comstock, editor of the West of Twin Peaks Observer; Attorney Ben Rosenfeld from the Northern California chapter of Society of Professional Journalists, sponsor of the ordinance; Allyson Washburn from the League of Women Voters and Suzanne Manneh from America New Media.)

The committee without blushing asked the organizations to come up with a “list of names,” a whiff of grapeshot aimed at members and organizations who had served the public well for years. Who wants to go before the supervisors on a list of names for a bout of public character assassination? Meanwhile, while knocking off the qualified, knowledgeable candidates, the committee approved four neophytes without experience and then unanimously appointed David Pilpel, a former task force member known for delaying meetings with bursts of nitpicking. He almost always comes down on the side of City Hall and against citizens with their complaints.

Farrell also tried to bounce Bruce Wolfe, an excellent member, but Kim and Campos supported him and his name was sent on to the full board for approval.

Then, when Wolfe’s name got to the board on May 22, it was a repeat of Willie Brownism and this time to the max. Sup. Scott Wiener moved to amend the motion and substituted Todd David. Farrell seconded. The vote was 6-5, meaning that Willie Brownism wiped the sunshine slate clean of anybody who would raise a pesky question of city officials and the City Attorney’s Office.

The infamous votes against Wolfe: Wiener (ah, yes, the heir of the Harvey Milk and Harry Britt seat in the Castro), Farrell (where is Janet Reilly when we need her?), Malia Cohen (who comes from the Potrero Hill/Bay View/Hunters Point district that needs all the sunshine it can get in facing an Oklahoma-style land rush of development), David Chiu (who was reportedly angry over the unanimous task force opinion finding he violated the Sunshine Ordinance with late submission of documents before the controversial vote to redevelop Parkmerced), Carmen Chu and Sean Elsbernd (neighborhood supes way out in West Portal and the Sunset who almost always vote the downtown line at City Hall). The good votes for Wolfe: John Avalos, Eric Mar, Cristina Olague, Jane Kim, and David Campos.

Rick Knee, SPJ’s mandated journalist on the task force surveying the carnage, said the supervisors’ actions stem “partly from a desire by some supervisors to sabotage the task force and ordinance itself, and partly from a vendetta by certain supervisors after the task force found several months ago that the board violated local and state open meeting laws when it railroaded some last minute changes to a contract on the Parkmerced development project without allowing sufficient time for public review and comment.”

Knee is right, and it isn’t just Parkmerced, but all the high-stakes development deals flowing through City Hall these days, with their advocates preferring to cut backroom deals rather than being subjected to the full scrutiny of the public and the task force.

James Chaffee, a former chair of the task force, watched the board proceedings with outrage and fired off a letter to all supervisors later that day. He charged that the board in sacking Wolfe violated the Sunshine Ordinance on several counts. Among them: the board changed the committee recommendation on Wolfe without allowing public comment and it passed over Wolfe even though the ordinance requires at least one member of the task force to be “physically handicapped.” That was Wolfe.

Thus, Chaffee wrote, the orchestrated coup was “the perfect example of a failure to follow the sunshine ordinance that led to the sort of problem that it was intended to forestall, namely the supervisors taking an action without being informed of what they are doing.  If Scott Weiner and David Chiu and the rest of the crew did not consider the citizens the enemy and exercize judgment about whether they were complying with the spirit of open government rather than just shaving off the letter of the law as closely as possible, this could have been avoided.”

Chaffee said he couldn’t tell if David was physically handicapped but he said nothing in his application for the task force nor was any disability apparent from the video of the rules committee meeting.

Chaffee said David’s  application showed he  was “self-employed as an investor, obtained a BA from Stanford in 1993, has never attended a task force meeting, and left the statement of his qualifications blank.”

I sent Chaffee’s letter and my Bruce Blog post ( “The return of Willie Brown to the Sunshine Task Force,” 5/21) to City Attorney Dennis Herrera for comment: How can his office sit by while the letter and spirit of the sunshine laws are being violated in the move to sabotage the sunshine ordinance and task force? I also sent Chaffee’s letter, with the Bruce blog, to the supervisors with similar questions: Why  are you violating the sunshine laws to kick out the best candidates? For their answers (coming)  and the latest on this evolving controversy, follow along at  www.sfbg.com/bruce.

There you have it:  the state of sunshine and open government in city hall in San Francisco in May of 2012. Todd David over Bruce Wolfe. David  Pilpel uber alles.  Five inexperienced candidates over five experienced candidates. David Pilpel uber alles. A city attorney who rolls over and over and over again. And a whiff of grapeshot for the three organizations mandated by the charter to have represenatives on the task force  because of their open government and public access credentials (the Northern California chapter of the Society of Professional Journalists, the League of Women Voters, and America New Media.)  On guard,  b3