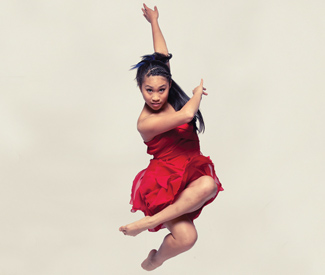 DANCE Complaining about the quality of public schools is about as ubiquitous as whining about MUNI. Admittedly, the quality of the former has a bigger impact on our future than having to wait for the N another 10 minutes. The good news is that the San Francisco Unified School District is not nearly as bad as its reputation; talk to some parents who have kids in it. While its art components are woefully underfunded, at least they exist. The yearly “Young at Art” exhibit at the de Young Museum (through Sun/20) has a selection from this year’s crop.

Dance programs, however, would probably not exist without outside funding. Zaccho Dance Theatre, for instance, has had but the minutest support from SFUSD for a program it has run for elementary school children in the Bayview neighborhood since 1990. On May 9, 125 kids packed Z Space with a rockingly exuberant and intelligent program in front of cheering, shouting, and stomping parents and friends. It was quite a show.

However, San Francisco does have one first-rate arts education program that is the envy of school districts with much better reputations: the Ruth Asawa School of the Arts, which this year celebrates its 30th anniversary. Its dance department is so good that students from around the Bay Area request inter-city transfers to attend. “I have one student who comes all the way from Vacaville,” says its director, Elvia Marta.

These dancers — 40 of them — will show their moxie this week at the Palace of Fine Arts with a concert of student and faculty choreography. Also included is a piece from alumnus Zack Benitez, who worked in Hollywood with Paula Abdul and is now coaching a musical, Adam and Eve, in Paris. (In French, of course.) At a rehearsal at ODC Commons, the students looked young, raw, and fierce. You could see these were dancers on their way, knowing where they want to be in a few years and having an inkling of how to get there. They were disciplined, focused, and attentive to the suggestions that Marta and Brittany Ceres Brown, who teaches choreography, gave them. In that way they are already professionals.

Getting into this public-school dance program is not easy. The application process is rigorous — questionnaires, grades, recommendations, essays, statements of commitment, auditions with small pieces of solo choreography — and sounds suspiciously like a rehearsal for college. Plus, according to the department’s website, students need “a basic ballet foundation.”

“Ballet focuses on alignment,” Marta explains. “It gives you an understanding of how the body and its skeletal and anatomical systems function.” But she also says that over the years she has had “kids who come from modern dance with a really good understanding of the body.” One way or another, this is not a program for beginners.

It also means that in all probability, the students come from families who have been willing and able to pay for ballet lessons in private studios or ballet-company schools. Criticism about “elitism” has wafted around RASOTA almost since the beginning. Marta is not deterred: “I let people talk. I don’t think it’s elitist. I think kids need something to be passionate about. It keeps them focused and on the straight and narrow. These [students] work very hard, taking academics in the morning and dance in the afternoon.”

Marta, born in Panama, grew up doing salsa. “Everybody knew how to do it. We didn’t have any training,” she says. At Balboa High School, dance teacher Yvonne McClung, who later became the first head of the RASOTA’s Dance Department, suggested Marta and her twin sister should take dance classes. At first, she didn’t know what a dance class was. She has since learned.

This year, all ten graduating dancers are off to colleges — many of which have distinguished dance departments. One of them, Marta says, was accepted at Juilliard. “It’s the second year,” she says with almost motherly pride. Juilliard is the country’s toughest dance program to get into.