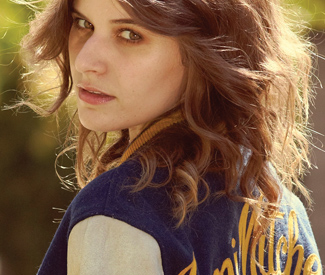 MUSIC You shouldn’t hate Bethany Cosentino, but you might. In recent years, few artists have been more polarizing in the (admittedly small) indie rock community than the LA-native and her group Best Coast.

After releasing four stellar, uber-lo-fi, reverb-drenched seven-inch singles in 2009 and ’10, Cosentino and her bandmate (and old baby-sitter) Bobb Bruno unleashed their debut LP, Crazy For You. The disc was a more polished, accessible release and lacked much of the fuzz from their early singles.

Though it received generally excellent reviews and won the group a hoard of new fans, shortly after its release came a palpable and predictable backlash from some old school fans and critics.

It could have been the loquacious Twitter feed, the public relationship with Nathan Williams of similarly divisive buzz-band Wavves, or the meme-status of her cat Snacks, but it mostly came down to one issue: where was the fuzz? How dare they remove the sonic haze that categorized their EPs. Was it record label pressures? An obsession with fame? According to Cosentino, the answer is much simpler and less insidious.

“Sonically, I did want it to evolve from record to record, but it really happened on its own. When we started, Bobb was legitimately recording us in his bedroom, so obviously we had a very DIY, kind of lo-fi sound. I was also really self-conscious of my voice, and I didn’t want people to hear me sing. On this record, it was just a matter of gaining confidence and realizing that you don’t have to muddle everything underneath a bunch of distortion and reverb for it to sound good.”

With a few spins of its sophomore LP, The Only Place, that newfound confidence is obvious. Thanks in part to a deft production job by the legendary Jon Brion, Cosentino and Co. stepped further out of the fuzz and spent six months — roughly 12 times longer than the duo had ever spent on a release — crafting a mature, developed collection of songs. While it still feels like Best Coast — short, direct songs with boy-trouble lyrics and sun-drenched melodies — it’s a massive step forward and easily Cosentino’s most daring statement as a songwriter and vocalist.

The first single and lead cut “The Only Place” — an ode to Cosentino’s beloved Golden State — is the perfect bridge between the group’s evolving sound. Its simple structure and beachy spirit means it wouldn’t have sounded out of place on Crazy For You, while its jangly second guitar and prominent vocals hint at what’s ahead. From there, it just gets better, pitting moody, mid-tempo cuts (“Why I Cry,” “Last Year”) next to lovelorn ballads (“No One Like You,” “Do You Love Me Like You Used To?”).

My main criticism of the band’s previous material is that it could be a bit one-paced, but there’s absolutely no hint of that here. While Bruno has always been a talented musician and Brion does a masterful job of bringing out its sound, the thing that sets The Only Place apart is Cosentino’s incredible maturation as a vocalist. It’s hard to fathom that the vocalist who soars through “How They Want Me to Be” is the same shy person who hid behind a wall of reverb at those early shows in LA just three years ago.

While not everybody is going to be on-board with this new sound, you get the feeling that lacking indie cred isn’t going to be something keeping Cosentino up at night.

“It’s definitely a trip to think that a couple of years ago, I was just a college dropout working a retail job, and now I’m like a professional musician,” she says. “It’s a weird thing, but I’m just so grateful. [People disliking the new sound] is obviously gonna happen. People want something that is precious to them to remain small and precious. I don’t sit around and think about those people. I really just think about the people who are around for the long run.”

And whether you like it or not, it looks like Cosentino is gonna be here for the long run too.

With JEFF the Brotherhood