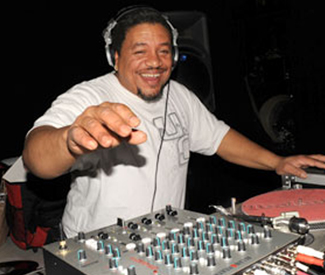 SUPER EGO “I really don’t know what I’ve gotten myself into,” Skypes Jeremy Bispo, founder of the As You Like It techno party crew, into my twinkling Princess Phone app with a laugh.

“Well you better know, sweet thing, and quick!” I think, hopefully not too out loud. Bispo’s about to embark on an odyssey of mythic blowout proportions, launching a series of seven huge parties (with attendant afterparties at smaller venues) in the next two months that will include a live showcase touchdown at Smart Bar in Chicago and a return to the crew’s Midwestern roots at the Movement electronic music festival in Detroit, to coproduce the third installment of Shit Show, one of the fest’s more scandalous satellite shindigs. (Check out www.ayli-sf.com for more info about it all.)

Featured at those parties will be some of the most revered names in contemporary techno production, including Kassem Mosse, Deetron, Kollectiv Turmstrasse, Dave Aju, Camea, Mark E, and Sandwell District, plus AYLI’s wonderfully dedicated regulars Christina Chatfield, Rich Korach, Mossmoss, Tyrel Williams, and Brian Bejarano, a.k.a. Briski. The series kicks off Fri/11 at AYLI’s monthly throwdown at Beatbox, this one themed “Coast to Coast,” with deeply respected house DJ Jus-Ed from Connecticut and Detroit’s Marcellus Pittman of the actually legendary 3 Chairs collective.

But if anyone can pull this gargantuan bender off it’s Bispo who, along with AYLI head compañero Jeremy Linden, has not only hosted a rarely paralleled roster of the global techno circuit’s leaders, but built a quality brand from the underground up (AYLI parties at various city locations in the past two years have been among the best on offer) with almost Machiavellian cunning — minus the maliciousness, of course, and with extra warm fuzzies on the Technicolor dance floor.

“Global leaders?” “Quality brand?” Why am I talking like Lindsey Naegle from The Simpsons? And how have techno crowds changed in San Francisco that hundreds of people will happily throw down $20–$30 to see bleeding-edge, non-pop DJs and live acts, many from Europe, that surely only the most ardent followers of sites like Resident Advisor or Little White Earbuds would recognize as genius (in my rapacious online forum estimation, there’s about 56 of us)? And hardly one glow stick in sight?

“The movement I see is still nomadic in the classic sense,” Bispo explains, referencing techno’s border-hopping transmission, its rave-caravan past, and its universal appeal. “But now in San Francisco, the people who are moving here who are interested in this music are very educated, very sophisticated. They know what’s out there. Many of them want to spend their money on something that has been curated for them with care, especially since there are so many people making this type of music now. And people like to be challenged, not just in the sound but in the feel. Our underground events have many times been more successful than our licensed ones.

“It’s still about having a place to go party all night to some great music,” he continues. “But now it’s not just fellow DJs who are listening to the sets and making the connections. You might be surprised how many people passionately follow this music, especially in our tech-centric city.”

Awesomely, As You Like It makes no bones about its brainy side — the Shakespearean moniker comes via the title of a cherished, hard-driving 2000 cassette mix by esoteric Detroit DJ Claude Young. And hopefully underground techno is still a life calling and not some “edgy” packaged product, to be tossed on at the weekend like a nootropical pashmina. But if we’re all now techno connoisseurs, we could do no better than Bispo’s remarkable crew to lead us toward the new.

UK disco-funk glam revivalist outfit Crazy P have ruled the past few years with a stellar live show and a lowdown sexy way with the turntables. Hot Toddy, one half of Crazy P’s production team, is coming to steam up the glasses of Monarch, inaugurating new monthly Night Moves, curated by bigtime Bay players like J-Boogie and DJ Theory who want to douse veteran house and funk fans in a wave of newer sounds that just might be sweep them off their feet.

I raved about super-cute Bronx house prodigies Chris and Steve Jr. a couple years back when they were too young to get into most of the venues they rocked. Now they’ve grown into a touring juggernaut, true global representatives of the classic house sound — live percussion usually included — updated for today’s soundsystems, wielding sonic light-sabers (those smiles!) against our contemporary cascade of cynicism.

Pretty much the hottest magazine ever (www.originalplumbing.com), the down ‘n dirty quarterly for trans men and fans was kickstarted by Amos Mac and Rocco Katastrophe here in SF, but has since grown into a movement based in NYC. Amos and Rocco are back in town to celebrate the release of their ninth issue with a sexy shebang: DJs Rapid Fire and GX Meow, the Freeplay Dance Crew, naughty photobooth, and of course a shit-ton of hot guys. Queer on, OP!

Open your ears, love. This is the third in a effervescent series that showcases some of the nifty local acts smudging the line between indie electronic and experimental music, including absolutely brilliant tropical-tinged Oakland duo Chucha Santamaria y Usted and, also from Oakland, entrancingly dubby tech-hop act Shortcircles.

Surefire is one of the Bay’s secret dance music weapons, growing from a scrappy-yet-canny bass label to an international artist rep agency, whose eye-popping roster reads like a serious underground bass fanatic’s who’s who. But let’s ditch the market-speak and go under, as Surefire’s ace tour lands at SOM, with jooky UK headliner (and local fave) Addison Groove of “Footcrab” notoriety doing a live 808 show, and Doc Daneeka, who makes some unabashedly gorgeous house and dank-groove music.

Last year, essential Bay Area rave the Gathering turned 20. (What other party can claim that its participants stomped out a potentially disastrous grass fire in the hills, while dancing?) That party was the kind of reunion blowout that not only took “rave to the grave” silly-seriously, but cuaght the ears of younger generations as well. Now it’s tuning an extra-legal 21, and will still go hard, with beloved DJ Dan, Hipp-E, Dutch, Andy Caldwell, and the Sunset and Forward crews, and tons of visual artists, surprises, and bonkers fun.

Sat/12, all night baby. Hit up www.thegathering-sf.com for location and price.

As one half of Dubtribe Sound System, Sunshine Jones was responsible for a bonafide deep house masterpiece, “Do it Now” from 2001. His solo output has been pretty grand as well (2007’s “If You Wouldn’t Mind” leaps immediately to mind and stays there.) But he’s always had an affinity for dub textures, as the “Sound System” moniker suggests. Catch him at rocksteady, long-runnning weekly Dub Mission, where he last played in 1999(!) for a good dose of the sublime.