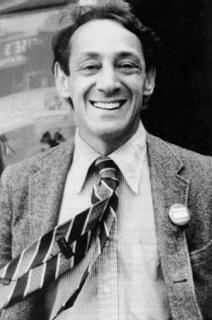 A Democratic Congressional rep. from San Diego thinks so.Rep. Bob Filner has asked the Secretary of the Navy, who has final say over such things, to name a warship the “U.S.S. Harvey Milk.” Milk served in the Navy during the Korean War. And Sup. Scott Wiener has introduced a resolution in support of the concept.

Supervisor Wiener, who represents Milk’s old district on the Board of Supervisors, expressed excitement at the prospect of the christening:  “Harvey Milk was a visionary in our community and redefined what it means to be LGBT in public life.  Given Supervisor Milk’s extraordinary public service and military service to our country, I can think of no more fitting tribute than to name a naval vessel after him.” Retired Navy Commander Zoe Dunning, a leader in the repeal of Don’t Ask, Don’t Tell, agreed:  “Harvey Milk was proud of his Navy service. Similar to the USS Cesar Chavez, there should be a USS Harvey Milk to honor Milk’s leadership in the LGBT civil rights movement.” Anne Kronenberg, who served as one of Supervisor Milk’s legislative aides and who now serves as San Francisco’s Director of Emergency Management, noted that Milk would be smiling to hear about the effort to christen a ship in his name: “Harvey understood the importance of symbolism in the advancement of civil rights.  He also lived in an era when being out in the military was simply impossible. He’d be quite pleased that we are now in an era when not only can LGBT people be out in the military, but they can even have warships named after them. Times truly have changed.”

My friend and colleague Sandy Lange, who is the Guardian’s controller, agrees. Sandy was an officer in the Navy, and loved it, and got kicked out after the Naval Investigative Service followed her to a lesbian bar, long before even Don’t Ask, Don’t Tell. “This would be a great statement, to finally kick homophobia off the waves,” she told me.

Tommi Avicolli Mecca, who is also my friend, isn’t so sure. In a piece on Open Salon, he argues that Milk would be opposed to today’s military adventurism and that a warship isn’t a fitting memorial:

It’s one thing that gays can serve openly in the military. It’s another to attach the name of a queer progressive who opposed war to a military ship. It’s just not appropriate. It’s like naming a Christian church after him (Milk was a Jew and an atheist). Or a bomber plane after Gandhi.

What’s next? Recruitment ads in the gay newspapers featuring the Village People and/or hunky half-naked men? A pink heart medal for killing with a gay flair? A lavender box with a rainbow flag for our gay and lesbian corpses?

Marke B., our managing editor, just wants to be sure that he’s involved in the interior design of the new ship, and that its sailors “open their legs for fleet week.”

Seriously — Avicolli Mecca thinks a better honor would be to make Milk’s birthday, May 22, a national holiday. Of course, Chavez (also a man of peace) has both a ship and a holiday.

I never met Harvey Milk — I arrived in San Francisco in 1981 — but I have to wonder what he’d think about a ship of war carrying his name.