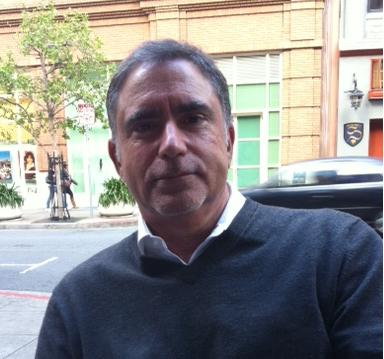 This Sunday is the last day The Bay Citizen – the nonprofit San Francisco newsroom started two years ago by Warren Hellman, the local philanthropist who died in December – will be producing content for The New York Times, as it has been doing throughout its existence. The question now is what are Bay Area citizens losing and what are we gaining?

The Bay Citizen was taken over by the Berkeley-based Center for Investigative Reporting, creating the country’s largest nonprofit news organization, a merger that will be completed next week. Under the direction of veteran local journalists Phil Bronstein, Robert Rosenthal, and Mark Katches, the combined newsrooms won’t be covering breaking news or press conferences, focusing instead on investigations and “accountability journalism” delivered under those two brands and CIR’s California Watch, in collaboration with newspapers and broadcast outlets around the state (read our previous stories for more details on each entity).

“In the end, how does journalism survive and how do you define journalism?” Bronstein told us, relaying the questions his organization is trying to answer. “We’re betting on the idea that quality journalism is something people are willing to pay for.”

But with CIR focused on an inclusive model of partnering with news outlets to do deep reporting and widely offering the resulting work, and The Bay Citizen providing content to The New York Times under an exclusive contract, the new entity decided to end that contract and focus The Bay Citizen on CIR’s mission.

“The Bay Citizen has done a lot of things really well – accountability, watchdog journalism – but they’ve also done breaking news and tried to do too many things,” Katches, the editorial director for the merged newsrooms, told us. “We want to figure out what our lane is and stay in it.”

CIR, with a 35-year history of award-winning investigations, undoubtedly has strong journalistic chops and a talented team of reporters. Its “On Shaky Ground” series on the seismic vulnerabilities of schools throughout the state won a number of big awards and was a finalist for this year’s Pulitzer Prize in Public Service. But in many ways, this is the biggest and best newsroom that most people have never heard of.

“People on the street might know The Bay Citizen, but not the Center for Investigative Reporting,” Bronstein said. That was something that he hoped the merger would help compensate for, with CIR also benefiting from the base of donors and technological expertise that The Bay Citizen had developed.

“CIR isn’t the brand, its stories are the brand, which it distributes to scores of publications,” said Peter Lewis, an longtime journalist who joined The Bay Citizen at its inception.

Lewis spent 18 years with The New York Times and seven with Fortune magazine, then he studied and taught journalism and new media at Stanford University before joining The Bay Citizen. During merger talks, he advocated for a marriage of equals and was “disappointed” that CIR took the lead role, and that it subsequently didn’t create a position for him (veteran local reporter John Upton and a few others were also let go).

While Lewis said that The Bay Citizen has had about eight times the Web traffic as CIR, which is pretty astounding given the age difference in the two entities, it’s unclear how much of The Bay Citizen’s brand identity – something that Rosenthal and Bronstein cited as an important component of the merger – had to do with its now-severed relationship with the Old Gray Lady.

“The decision was made to launch The Bay Citizen simultaneously with The New York Times relationship. That gave it an instant cache and respectability that most startups don’t get,” Lewis said, but it was a “double-edged sword” that also strained the resources of the nascent newsroom to the limits of its capabilities.

“To be honest, The Bay Citizen never reached its potential. It never had time to establish its own voice,” Lewis said. And now that the decision was made to eliminate much of the focus that it has had, covering breaking news and local happenings, Lewis says he unsure what it will mean: “Anytime you reduce coverage, it’s not good for citizens, but they’ll be doing a different kind of journalism.”

Rosenthal said he’s excited about the merger’s possibilities, drawing on the strengths of each entity, but that it will be a work in progress. “It’s going to be a very inclusive model, and it’s going to keep evolving,” he said. “The real measure is not three to six months, but looking at this a year from now will be very interesting.”

He said the decision to drop The New York Times was the result of “a thoughtful process,” and they ultimately concluded, “We feel like we can reach even more readers in the Bay Area in a non-exclusive way…If the goal of your work is impact, then you broaden the impact if you broaden your readership.”

The model has worked well at CIR and its California Watch project, which has sought to beef up statehouse coverage that had been waning for years. Katches noted that the “On Shaky Ground” series had the impact it did precisely because it ran in so many media outlets around the state (many of which did localized stories based on the research) and reached millions of readers and viewers.

But CIR wasn’t as successful as The Bay Citizen in creating a stable, long-term financial base. Starting with Hellman and a handful of his wealthy friends, The Bay Citizen sought donations from a wide variety of sources that totaled more than $15 million. By contrast, CIR had limited term foundation funding for a staff of talented journalists.

“How we sustain that and can we do it long term was not something we thought out,” Bronstein (president of the CIR board) said of the efforts he and Rosenthal (CIR’s executive director) made to beef up CIR’s newsroom with foundation funding a couple years ago. “We didn’t have a business structure, we had a journalism structure.”

As newspapers have been hurt by the Internet and corporate consolidations and cuts, Bronstein said said the mission of news organizations has never been more vital.

“With fewer journalists, everything is harder, but it also becomes more important,” he said. Bronstein said the basic question that their journalists will address in San Francisco are: “Who are the people controlling our lives and how are they doing it?”

We spoke to Bronstein on the same day that the Guardian announced Publisher Bruce Brugmann is stepping down from day-to-day operations and that we’re negotiating the Guardian’s sale to a consortium that also owns the San Francisco Examiner. Despite a history of clashes between him and the Guardian, which has always done media coverage and often criticized Bronstein and his newspapers, he had only positive things to say.

“You cannot underestimate Bruce’s affect on San Francisco,” Bronstein said, calling him one of the most influential San Francisco journalists of his era.

“I have a lot of respect for Bruce. He’s yelled at me, like everyone else – it’s a rite of passage in San Francisco. But you’ve stuck to your ideological roots,” he said.

As for advice to the Guardian during this period of transition, Bronstein offered a few questions to ponder: “Can you afford to stick with the base of readers you’ve got? Can you be more digital? Can you give readers more than you’re giving them?”

While he was the editor of the Examiner, Bronstein said his mantra to reporters was, “You have to have an intense curiosity about things and an open mind.” It was something that fit his own belief about the world he was covering.

“Life is never like Walt Disney,” he said, eschewing the idea that there are clear heroes and villains. “The truth is more complicated, but also more interesting.”