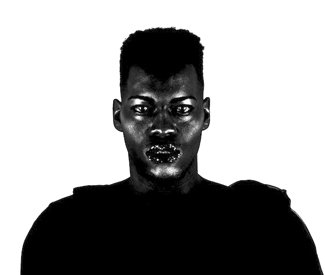 SUPER EGO Is San Francisco experiencing a douche drain? Suddenly a heck of a lot of, er, “upscale” clubs are mediating their bottle service images with creative, musically forward parties. I can’t think they’ve run out of Appletini orderers, or that the real nightlife money is in importing obscure Crosstown Rebels label DJs — although maybe all the bachelorettes really have fled to Castro gay bars and the stiff-collar dudes are glued to their Girls Around Me app? I’m loving finally feeling comfortable (and digging the quality sound systems) at some of these shiny joints. I’m also tickled by the occasional accidental crash collision of crowds, as when a bleach-blond klatch of stilettoed, squealing singles found their meat market had been occupied by lumbering gay techno bears, but stayed to dance anyway.

The trend kicked off three years ago when 1015 Folsom rebranded its “underground” basement as 103 Harriet, then Holy Cow roped in Honey Soundsystem Sundays and Vessel launched techno-riffic Base Thursdays. Now a number of clubs, including Monroe in North Beach on weekend mornings and Otis on Sunday nights, have joined in. The kooky part is how some of these clubs have been surreptitiously changing their names to their addresses in promotions when they get a little “alternative.” Besides 103 Harriet, Harlot is “46 Minna,” Icon Ultra Lounge is “1192 Folsom,” Ruby Skye’s former VIP room is “4Fourteen” (Mason). This is so hilariously shady and bland at the same time! Yet it tickles. Just please don’t call it pop-up nightlife — call it a stealth takeover, darling.

What better thigh to gnaw on than a drag queen’s? Hostess with the hot plate Juanita More pitches in for the Dining Out for Life AIDS fundraiser (www.diningoutforlife.com) with her traditional menu of chicken covered in honey goo, blue cheese salad, corn muffin, and red velvet cupcake. Plus old school soul from the Hard French DJs and a crowd of gorging gorgeousness. Eat it, ladies!

I admire a ton of DJs, but Greg is one that I actually love. His tailor-made funk and soul re-edits, many from the darker reaches of the vaults, hit me just right. And when this UK veteran (almost 40 years of experience! The first DJ to scratch on British TV!) mixes them all together and throws in some unexpected singalongs and sound effects, it’s party heaven.

He lives in Tokyo now, but second generation Detroit techno man of many talents Claude Young honors his roots on the decks — mostly by slaying crowds with his signature jazzy-tech flair and insane manual dexterity (let’s just say the man can mix with his chin). A perfect complement to the jawdropper that was fellow Detroiter Jeff Mills’ set at Public Works last week, and a rare opportunity to hear Young on these shores. For $5!