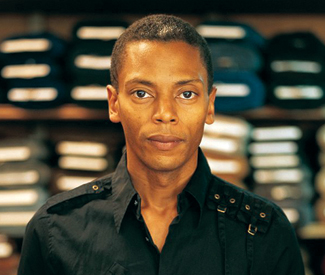 SUPER EGO So many things I want to write about this week, if only my delicate, exquisite hands could stop doing these fluttery bird-like motions in front of my gorgeous face. Girls, I’ve got a serious case of the Vogues, which along with Perma-Nod, Fist Pump, “Woo!”-itis, Twirlfoot, Strobe-eye, and Record Bag Shoulder will soon flood hospital wards and special care facilities nationwide with my rapidly aging (mid-20s) club generation.

That’s why universal healthcare is so very important! Have we learned nothing from disco’s untreated polyester scars, the shaken sacroiliacs of funk, Rave Damage, Swing Elbow, Goth Pout, the horrible social stigma of Breakdancer’s Breath? Shit staaank. Don’t laugh, teenage Post-Millennials, it’s coming for you. One day you’ll be holding your phone up to record that underground light show, when you’ll realized with horror that no one uses phones as cameras anymore, not even you. You’ll only be holding your phone up in your mind. And then you’ll catch Skrillexatosis.

What am I even talking about? The things I most want to tell you are these. 1) Mimosas and house dancing on Sunday mornings 6am-2pm at Monroe in North Beach are rad, especially the second and third Sundays of each month, hosted by the Pressure! and Forward crews respectively. 2) The Entertainment Commission is actually considering the use of mimes to help control rowdy nighttime crowds, for realz. (Read more on SFBG.com’s Noise blog.) 3) Flaunting its global fan base, amazing weekly Honey Soundsystem is now simulcasting its Sunday night parties at www.mixlr.com /hnysndsystm — so you can kiki out while doing your dishes at home. 4) I just about died when rap prodigy Azaelia Banks broke into the Prodigy’s “Firestarter” at Coachella, did you see it? More please.

Seven years of parties, two years as a record label, and always keepin’ it ravey-styley — local player Eric Sharp started off throwing Afterglow undergrounds at the storied Infinite Kaos venue and has become a bedrock of the Bay Area dance music (and an early handlebar mustache pioneer), now celebrating with DJ Fame, Eric Reilly, and his RISL (www.rislabs.com) family, which is us, of course. Expect craziness.

As “The Wizard” on Detroit’s WJLB FM in the ’80s, the genius Mills cut ‘n scratched electro, hip-hop, house, and techno into breathtaking, highly influential conflagrations of party-starting awe. Now he not only beams genius slices of intelligent techno down from the Mothership — he basically is the Mothership, often on multiple turntables, and will deliciously demolish Public Works, along with beloved Detroit house legend Terrance Parker, LA heavy technoist Drumcell, our own Icee Hot DJs, Mossmoss, and more. Sat/21, $15–25. Public Works, 161 Erie, SF. www.publicsf.com