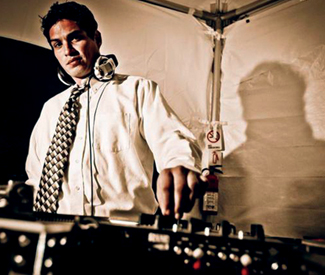 HERBWISE Last year when event producer Michael Gosney staged the first Deep Green Festival at Craneway Pavilion, he was mostly focused on raising awareness of hemp as an environmental and economic resource. But then the past 365 days happened — and with them, the attendant audits, raids, and federal persecution of marijuana dispensaries.

By the very nature of being a cannabis event in trying times, the second year of the Deep Green Festival (Sat/21, and full disclosure: the Guardian is a media sponsor of the event) will have more of an activist edge.

“People need to become much more aware of what’s going on,” said Gosney in our recent phone interview. “The economic and social effects of this war against a plant — it’s outrageous.” This year’s fest includes some righteous ire over the way politics have turned the screw in patient access. The concurrently-running Deep Green Conference includes such panel discussions as “Protecting the Children,” a look at the scapegoating of kids for dispensary closures and the way cannabis policy affects families.

But it’s not all fiery. An eccentric movie filmed in a cannabis field in the Alps will be screened (Green Goddess), there will be exhibits on the many uses of hemp, and smoking areas for cannabis patients will keep the day green as can be. Attendees will be able to attend lectures on the business of cannabis, check out new products, and end the day dancing to the glitchy-bass-dubstep music of LA’s Jillian Ann and other stoney-baloney artists.

And more importantly, Deep Green Fest is a good chance to go out and show your support of cannabis. This year, 420 is an opportunity to stand up and be counted.

420 at Hippie Hill Fri/20, all damn day, free. Stanyan and Kezar, Golden Gate Park, SF. There is something to be said for doing things the old skool way. After all, where else do people from a five-town radius converge to get absolutely, horribly stoned on 4/20? (Is that a political statement? Discuss.) Hippie Hill is the place to test recent findings that it’s pretty much impossible for marijuana to kill you.

The Guardian Presents: Stoned Soul Picnic Fri/20, 3:30pm-7pm, free. El Rio, 3158 Mission, SF. Facebook: The Guardian Presents a Stoned Soul Picnic. It’s hard for me to say no to DJ Carnita, but I have to admit this was a good idea of his: a free Guardian party on the palatial back patio of El Rio… on 4/20… to benefit Americans for Safe Access, the kick-ass cannabis patient advocacy group that works to raise awareness of all the bullshit ways the feds’ actions are restricting access to weed for people that really need it.

You don’t have to be a stoner to be outraged by that — or to buy drinks and raffle tickets that support ASA’s efforts. We’ve booked a gaggle of comedians, Carnita will be spinning Hard French-ified soul jams, and Mr. Lucky of I&I Vibrations will be in attendance with his I-only-play-it-on-420 crate of reggae. Apothocurious is making three kinds of grilled cheese sandwiches, and I’ll probably be too stoned to perform my hosting duties. Hooray!

Hi, Some Thing Fri/20 10pm-4am, $7. The Stud, 399 Ninth St., SF. www.studsf.com. Tonight’s edition of The Stud’s alt-drag show promises to be no less trippy than every other week, and hopefully will involved staged hippie stereotypes (fingers crossed!) Keep your bloodshot eyes peeled for Boy Child, whose chopped-and-screwed number should look awesome through the clouds of smoke.