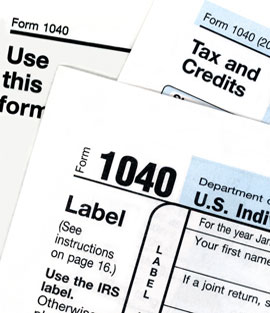 It’s Tax Day, the deadline for filing income tax returns, which seems like an appropriate time for Senate Republicans to kill President Barack Obama’s proposed Buffett Rule, which would have required the richest Americans to pay at least a 30 percent tax rate rather than using various tax dodges to pay a lower tax rate than most of us.

Honestly, it’s hard to even summon the outrage or indignation anymore over the latest example of life under plutocracy. Most Americans seem resigned to accept being ruled by the rich in crass, obvious, and incredibly short-sighted ways – even on Tax Day, when our class resentments should be finely tuned.

Sure, California voters will probably get a chance to increase taxes on millionaires this November – a proposal that consistently polls well – but even that has now been tied to a sales tax increase. Whatever happened to good ole economic populism? Why has the Occupy Wall Street movement’s brilliant “We are the 99 percent” paradigm faded so quickly from the national stage?

Despite mountains of evidence that the richest individuals and corporations have written tax codes to their benefit, and that the tax code is fundamentally unfair to most Americans and damaging to this country’s long-term economic prospects, Americans seem to accept their lowly fate and role serving the greedy rich.

The latest examples of solid reporting on our corrupt and inequitable tax system come from the New York Times’ David Kocieniewski, whose year-long series “But Nobody Pays That” just won the Pulitzer Prize for explanatory reporting, with the committee calling it a “lucid series that penetrated a legal thicket to explain how the nation’s wealthiest citizens and corporations often exploited loopholes and avoided taxes.”

And yet today, Tax Day, the greedy rich still paid lower tax rates than most of us, and then used their Republican Party enablers to prevent that situation from changing anytime soon. But rather than heeding that simple fact or clicking on my links that explain the problem in more detail, the blog commenters will probably say I’m just jealous. Ugh, I think it’s my nap time.