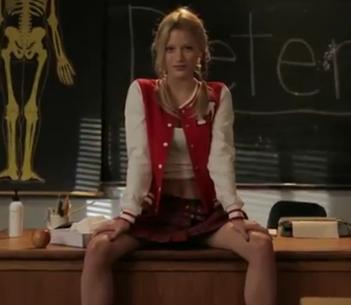 “You can really destroy a movie by making it too political,” said the NYU student and star of multiple Kink sites, over a glass of red wine. Lee says she and co-writer Elliott wanted to write a story with a happy ending (er, spoiler alert.) “I think it’s a complicated story that doesn’t try to sell you on anything.” Of course, showing happy, functioning sex workers should be considered activism in and of itself these days.

Theirs isn’t the only project that uses the Armory as a backdrop for for an upcoming non-NSFW film. Filmmaker Simone Jude has been shooting a documentary on the lives of Kink’s women – Lee, Isis Love, and Princess Donna primarily — for the last four years. The trailer looks fucking awesome, and Jude needs your Kickstarting help funding the final editing process.

The three women portrayed are total badasses, and it’d be great if this film could recieve the same kind of exposure that Cherry, which picked up IFC as its distributor and is being slated for a limited-city release, is enjoying. With all the sex-negative politicking going on these days, we could use some more high profile looks at women who refuse to let conservative social norms guide their views of fucking. People need to be exposed to that kind of stuff. Or at least, as Lee told me “I hope that they leave the theater feeling like they’ve watched a movie about real people.”

And now for your week in sex events.

“A Taste for Brown Sugar: The History of Black Women in American Pornography”

California College of the Arts

Writers With Drinks with Rachel Kramer Bussel and Curvy Girls

Rachel Kramer Bussel is the editor of Curvy Girls: Erotica For Women, which I recently had the pleasure of reading and is real hot. The stories are all about voluptuous women getting it on – in restaurant kitchens with the head chef, with the house sittee’s relative, with the guy that sold them those hot boots. The erotica follows curves like a racecar, and is a phenomenal piece of work for anyone who is looking for a re-up on body image – no matter what their measurements. Tonight, Bussel is reading at the much-loved Writers With Drinks event, so expect to get nicely liquored and hear her talk about sexy, body-positive couplings.

“A Taste of Rope”

The perfect opportunity to sample wines from around the globe while training your obedient submissive, this Femina Potens event has an value-added feature: different models from rope companies Maui Kink, Twisted Monk, Bind Me, Lover’s Knot, and Jugoya will be on hand, and wrist, and ankle, and ribs so that you can see the difference that quality and texture can make in your play. There’s limited space available here, so you should get on this quick-like.