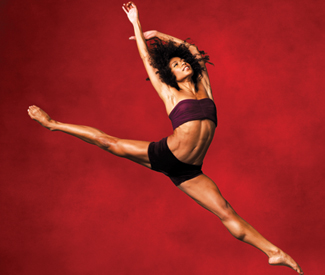 DANCE A stiff breeze is blowing through the venerable Alvin Ailey American Dance Theater, though not enough to ruffle feathers among Ailey aficionados (of which there are millions). The troupe is not dancing better, just differently. For that, they and the audiences have to thank new artistic director Robert Battle, who has been watching and choreographing for Ailey for years, though he was never a company member. Coming to the job as both an insider and an outsider, he knew exactly what to do.

Ailey has two major assets: one of the great pieces of 20th century dance, Revelations, and an ensemble that invests whatever you give them with extraordinary skill, fervent commitment, and a deep sense of humanity. What they lacked, for the most part, was a repertoire that honored those gifts.

So Battle switched gears. He opened the door to choreography unlike what we are used to seeing from Ailey. Yet did it gently. None of the works, whose local company premieres were offered during performances at UC Berkeley’s Zellerbach Hall March 13-18, are intellectually complex. Battle kept the entertainment values strong; nothing wrong with that.

The commission to Rennie Harris, the hip-hop artist who opened doors of his own by bringing street and club dancing inside the theater, resulted in the affective Home, a tribute to Ailey, who died of AIDS in 1989. Here Matthew Rushing left a tightly bunched-up group of dancers — somewhat similar to the opening of Revelations — and found an abode in a place where “the DJ turns down the light.”

Conceptually and structurally (and particularly in its circularity), it was a very simple tribute to the outsider who has to find a place for himself. Perhaps it was also the choreographer commenting on the Ailey company.

Harris created a dense, appealing fabric from duets and trios of club and hip-hop moves that vibrated with scintillating energy. The pleasure came from watching these dancers dive into material that encouraged so much individualized interpretation.

Choreographer Ohad Naharin called his line-up of excerpts from works created between 1992 and 2005 Minus 16. The Ailey dancers performed it superbly. The first section had the ensemble, clad in Hasidic outfits, sitting in a half -circle and engaging in a series of “waves” which made the last man fall off his chair. Gradually the performers threw their clothes into the center. Whether this signified a comment on Israeli values or, as some have suggested, a tribute to the Holocaust, I have no idea.

After a diorama-like passing of “souls” and a stunning duet in which dancers Ghrai DeVore and Kirven James Boyd seemed about to devour each other, Naharin pulled a masterstroke. He sent his black-suited dancers scouting for “victims” in the audience to join them on stage. It’s a cheap trick I know, and I have great difficulties with Naharin’s oppressive unisons, but I laughed to the point of tears. Bravo for Berkeley audiences.

The second program offered Battle’s previously-seen, all-male Hunt; it subtly explored pain, mourning, and vulnerability hidden by super-macho manhood. Paul Taylor’s Arden Court, one of the choreographer’s perennial audience favorites, received an honorable performance. The Ailey dancers have yet to absorb Taylor’s joyful ease and weighty elegance into their own bodies. Of the three couples, Alicia Graf Mack and Antonio Douthit came the closest.

Gratefully, this is a differently-dancing Ailey company; one of the changes also being brought about by nine new dancers who altered the company’s look in terms of physical size and skin color. No doubt the changes will continue, all the while preserving the best of Ailey’s own heritage.

What has not changed is Revelations. The mastery and presence that these dancers bring to a work that they perform year after year remains a wonder. Rushing in “I Wanna Be Ready” and Linda Celeste Sims and Glenn Allen Sims in “Fix me, Jesus” — the work’s most movingly intimate choreography — were stunning to behold. The audience started clapping at the sound of the first note and wouldn’t stop until they got their encore of “Rocka My Soul.” That was Ailey, as ever, at Zellerbach.