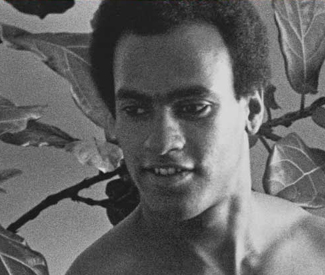 LIT Over a five-year period in Oakland, California, archivist Pat Thomas befriended key leaders of the Black Power movement, dug through Huey Newton’s archives at Stanford University, spent countless hours and thousands of dollars on eBay, and talked to rank and file Black Panther Party members. He uncovered dozens of obscure albums, singles, and stray tapes. Along the way, he began to piece together a time period (1967-1974) when revolutionaries were seen as pop culture icons.

The result of Thomas’ discoveries is Listen Whitey!: The Sounds of Black Power 1967-1974 (Fantagraphics, 224pp, $39.99), a 70,000-word hardcover book with 200 full-color images of obscure recordings and ephemera, and an accompanying CD that traces the vast cultural output of the black power movement.

Besides being a visually stunning collection of photographs and album covers, Thomas’ book shines as a concise, clear-sighted history of the Black Panther movement and the ascendance of black power in American life. “While I can’t claim to know what happened, much less what it felt like to participate,” he says in the introduction, “it’s my hope that readers will find the personalities and music inspiring as I did. Dig deep; blood is thicker than mud.”

Done with a reverence of the times and people, Thomas distinguishes the Panthers from black nationalist movements like Karenga’s US and Amiri Baraka’s Black Arts by focusing on the diversity of the contributors and supporters. Listen, Whitey! steps outside of the boundaries established by other books covering the culture of the movement by showing black power as an engine that generated a multi-cultural global resistance.

This Black-Powered cross-cultural revolution is Bob Dylan’s album Highway 61 Re-visited in the hands of black radical imagination. A transformative album for Jimi Hendrix, the song “Ballad of a Thin Man” was on Huey Newton’s heavy rotation list during the early drafts of the Panther doctrine. Dylan later reciprocated with an elegy to “George Jackson”, an homage to Ruben “Hurricane” Carter, and other songs in service to the movement. The most curious inclusion on the CD, in fact, is white folk singer Roy Harper’s “I Hate The White Man,” a track that — to this day — is as enigmatic as it is honest.

Known musicians like Gil-Scott Heron and John Lennon mix with under-appreciated or unknown talent like Gene McDaniels and the marvelous Marlena Shaw. From the humorous seriousness of the Watts Prophets’ “Dem Niggas Ain’t Playing” to the serious humor of Dick Gregory, and on to the sublime sounds of struggle from Elaine Brown, the music is full and beautiful. The omission of any of any New Thing jazz and Jimi Hendrix (though Thomas sees Hendrix as disengaged, if not apathetic to the riots, “Look At The Sky” from Electric Ladyland opens the dialogue even further beyond the typical), makes the CD function more as a primer to the genre than a definitive review. But when all is said and done, this honky wrote a great black book. *