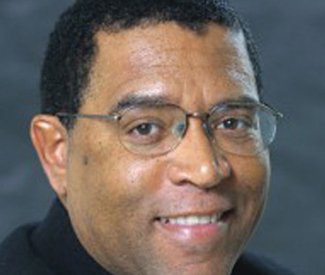 The legacy of brutal racism in this country, particularly against African Americans, shapes the events of today. That’s a notion that much of white America resists accepting, particularly conservatives. But actions create reactions, hatred begets hatred, and those cycles can roll forward endlessly and manifest in unpredictable ways.

That’s one of the most compelling lessons in local journalist Thomas Peele’s gripping and insightful new book, Killing the Messenger: A Story of Radical Faith, Racism’s Backlash, and the Assassination of a Journalist (2012, Crown), which grew out of covering the aftermath of the 2007 murder of Oakland journalist Chauncey Bailey by members of Your Black Muslim Bakery.

Bailey was killed to prevent him from writing a story in the Oakland Post about the violence and financial crimes perpetrated by followers of the late Yusuf Bey and his sons, including Yusuf Bey IV (aka Fourth). Peele and other local journalists and media outlets (including the Bay Guardian) formed the Chauncey Bailey Project to build on the work Bailey began and investigate his murder, which Fourth was convicted last year of ordering.

“The free press on which the public depends to keep it informed had been attacked,” Peele wrote. While such murders are rare in the U.S. — the last was a Mafia hit on a reporter from Arizona in 1976 — Peele and his brethren considered it important to send the message that, “A story could not be killed by killing a journalist.”

But the story that emerges from Peele’s years-long investigation goes well beyond Bailey’s murder, its flawed investigation by the Oakland Police Department, the violence and hypocrisy of the Your Black Muslim Bakery “cult,” or its long and complex relationship with Oakland’s political and community leaders.

Peele delves deeply into the 80-plus-year history of the Nation of Islam and Black Muslim ideology, dissecting its turbulent evolution and belief system that white people are “devils,” created by a mad scientist named Big-Headed Yakub, who use “tricknology” to hide the truth that African Americans are superior beings who will be spared during a coming Armageddon inflicted by a spaceship that has long circled the earth — a belief system that Malcolm X rejected after taking a hajj to Mecca and shortly before his assassination.

Peele dismisses the entire religion — which has very little in common with true Islam — as a deceptive scam from its inception, devised by the “con man” W.D. Fard and promoted by Elijah Muhammad simply to enrich its leaders by manipulating poor African Americans. Similarly, Yusuf Bey spoke the language of black empowerment in founding his own breakaway Black Muslim sect in North Oakland then used it as cover for criminal enterprises and raping the women under his control over a period of decades.

But to understand the appeal of Black Muslims preaching hatred of white devils, you have to look at the African American experience and horrible racism and violence that black people have endured in this country, as Peele does. He starts in Depression-era Detroit, where Fard and Muhammad met amid the virulent racism against Southern blacks who migrated north to work in Henry Ford’s automobile factories.

“This is the question of the psychology of race,” legendary attorney Clarence Darrow said during the Detroit murder trial of blacks defending their home against an attacking white mob, which Peele uses to great effect. “Of how everything known to a race affects its actions. What we learn as children we remember — it gets fastened to the mind. I would not claim that the people outside the Sweet house were bad. But they would do to Negroes something they would not do to whites. It’s their race psychology.”

We see Joseph Stephens (who would later become Yusuf Bey) growing up with tales of brutal lynchings in his hometown of Greenville, Texas, and later as a Santa Barbara hairdresser who discovered the Nation of Islam in 1962 after the Los Angeles Police Department had shot up its mosque and Stephens found his calling in the resolute words of Malcolm X and the Honorable Elijah Muhammad.

African American history made Bailey want to become a journalist focused on covering and empowering his community. And this same legacy — mixed with hopelessness, poverty, and broken homes during an upbringing in San Francisco and Richmond — animated Devaughndre Broussard, who fired three shotgun blasts into Bailey on a sunny morning in downtown Oakland.

“His life was no accident. Neither was his faith,” Peele wrote of Fourth in the last chapter. “The society that now worked through its flawed laws and imperfect courts to put him in prison for life had only itself to blame for the terror that Fourth and his fellow believers had inflicted upon it. The backlash against centuries of enslavement of Africans and the subhuman treatment of their descendants had seen to that. The stick figure hanging from a loose that Elijah Muhammad had ordered displayed in all the Nation of Islam mosques, the symbol of the boyhood lynching of his friend Albert Hamilton, showed that some could never forget, or forgive. Neither could Yusef Bey forget the stories of cotton fields his parents brought west from East Texas along with the story of a Negro burned to death as white people gathered in the square of a horrible place called Greenville and cheered. Some wounds are too deep to heal.”

But Americans have short memories for even our recent history, coupled with a growing sense that society’s have-nots somehow deserve to be that way and a lack of understanding of the many ways that racism and its legacy still affects this country.

“I don’t think white America understands it at all. White America has this attitude of: get over it,” Peele told me when I asked about that “racism’s backlash” theme. “How long can you oppress people and treat them like utter garbage before there is a rebellion?”

Gauged by poverty or incarceration rates, or by the poor quality of many of its schools, much of black America still faces tough struggles. It wrestles with a lack of opportunities and an understandable sense of hopelessness that can easily breed resentment or even violence. One example that Peele includes were the Death Angels (aka the “Zebra murders”), in which a small group of militant black ex-convicts randomly shot dozens of white people in San Francisco and Oakland in the early 1970s.

Peele closes the book with a chilling suggestion that Broussard, who is serving a fixed 25-year prison sentence because of his cooperation in the prosecution of Fourth and co-defendant Antoine Mackey, is studying to become a spiritual leader and may follow familiar patterns. “Look at where he came from? Have things changed that much?” Peele said of the lack of opportunities that Broussard faced growing up, and will face again when he gets out of prison in his mid-40s.

Peele has long been an award-winning investigative reporter rooted in deep research, which he combines with a colorful and dramatic narrative style. Yet he sometimes oversimplifies and harshly judges events and people, even Bailey, who Peele deems a lazy journalist and bad writer.

“The truth speaks for itself,” Peele told me. But the truth is often a matter of perspective, and Peele can’t escape the fact that he’s a white guy who has worked out of Contra Costa and Alameda counties since 2000. Perhaps that’s why he’s so quick to label poor urban areas with substantial African American populations as “ghettos.” Or, sometimes even more dramatically, as a “sagging, blood-splattered ghetto,” a phrase that a Los Angeles Times reviewer singled out as an example of how “Peele’s prose occasionally overreaches.”

I was repeatedly struck by the same thought, almost physically cringing when Peele labeled San Francisco’s Western Addition, my old neighborhood, as a violent ghetto. Or when he wrote, “Richmond is one of the most hopeless and violent cities in America, an oil-refinery town of 103,000 people, littered with shanties where shipyard workers lived during World War II ,” as if it were a cross between an Appalachian coal town and Third World hovel rather than a clean, modern Bay Area city well-served by public transit and a Green Party mayor.

Peele got defensive when I asked him about the labels, telling me, ” I stand by characterizations,” although he admitted that maybe Western Addition isn’t really a ghetto. “I think you’re nitpicking,” he told me.

Perhaps, and I do think that Peele’s flair for the dramatic is one of the things that makes Killing the Messenger such a page-turner, in the tradition of great true-crime novels such as Truman Capote’s In Cold Blood. But in a book that bravely takes on the complexities of racism and its backlash, I think this is more than a trivial “nit.”

It’s tempting for white America to dismiss such details, treat racism is a thing of the past, and malign racial sensitivity as political correctness. But as Peele and his book remind us, the wounds of not-so-distant indignities can run deep. And the collapsing opportunities for social and economic advancement in this country will create a backlash if we try to ignore it.