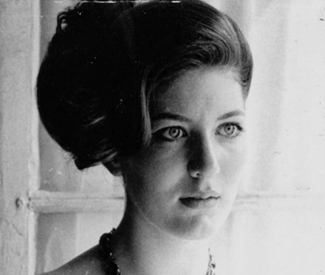 [An earlier version of this article incorrectly identified Paul Robeson as Renee Gibbons’ lover, when in fact it was William Marshall. We regret the error]

IRISH Yesterday she and her husband received notice that it would soon be converted into a condo. But for the moment, it is still hers. We are sitting in Irish author Renee Gibbons’ rent-controlled North Beach apartment of 31 years and she is telling me about the time she saw Van Morrison walking down Columbus Street in the 1970s.

“I was looking pretty foxy,” she remembers. Gibbons still recalls what she was wearing: a woven Irish sweater, hippie skirt, and knee-length camel-colored boots.

Morrison had always been one of those celebrities who she knows — she just knows — would fall in love with her if only they knew each other. So imagine the scene: a pretty girl and a boy pass each other, walk on, and then turn with their entire bodies to look at the other. Only then he resumed his journey and the moment was over.

Not that Gibbons hasn’t had enough torrid love affairs to fill a book. In fact, she’s done just that with Longing For Elsewhere: My Irish Voyage Through Hunger, History, and High Times (self-published, 250pp, $16.95). And though she took William Marshall for a lover at the age of 19, and was a fashion model in Paris, Longing‘s short folk stories revolve around places, not people. It’s her first book, though she did write a column in the Irish Herald for 13 years.

An inveterate traveler, Gibbons and husband, 84-year old retired radical longshoreman Lew, have made their home in the North Beach neighborhood, which to Gibbons has the feel of a small village. But the evictions are rampant on their block, and the day before our interview the daughter of Gibbons’ landlord sent her a letter stating their intention to convert the building into condos. The couple pays $1200 a month for their space. The letter said they could buy their unit for $2 million.

Steering from that painful subject, I ask Gibbons where — since this is the St. Patrick’s Day issue of the Guardian after all — people should go to see the real (read: not green beer) Irish community of San Francisco.

She recommends bars, primarily. Irelands 32 and the Plough and the Stars in the Richmond, Berkeley’s Starry Plough, where she and her daughter used to sing (a natural talent, her daughter now tours with Prince), O’Reilly’s down the street from her home. The Irish Castle Gift Shop is also a hub, a place where the San Francisco Irish can shop for Barry’s Irish tea, fishermen’s sweaters, Irish baked beans, and “the real” kind of Cadbury’s chocolate, and travelers can dip in for some Éire hospitality. “They take the time to chat and all that,” Gibbons says.

Longing is a self-narrated look at the life of a radical bohemian, a woman who came from poverty unheard of in this country (she calls this part of the book “Angela’s Ashes without the dead babies.”) to become an adventurer. Gibbons and Lew once traveled from Santiago, Chile to Dublin — without flying on an airplane. The journey took them to Argentina, Africa, Istanbul, and they did it in two months.

So she doesn’t limit her community to the Irish and Irish Americans in town, relating more to the activist set. She and Lew been occupying with the best of them (“I have a photograph of Lew on his cane giving the cops in riot gear the whatfor,” she tells me. “They were trying to stop him from protesting in front of the docks where he used to work!”) When the two alit on San Francisco, the city fit them like a glove.

She’s prepared to fight for her right to stay in North Beach, where every morning she does tai chi in Washington Square, where she celebrated Nelson Mandela’s release from prison with her daughter, and where she can always depend on the local green grocer for the block’s gossip.

“But we’re not going quietly,” she says. “I told the landlord the only way we’re leaving here is in urns or pine coffins.” Gibbons doesn’t drive, and honestly has no desire to live anywhere in the United States besides San Francisco. Maybe she’ll go back to Ireland, she says. They take care of their elderly there better than we do.

“North Beach is known as a bohemian community. There’s hardly any poets or artists left in the neighborhood.” It may just be that the San Francisco she loves is in its last days. Maybe it’s always in its last days, making it doubly important that all its remaining freaks and artist-types get record of their lives on paper.