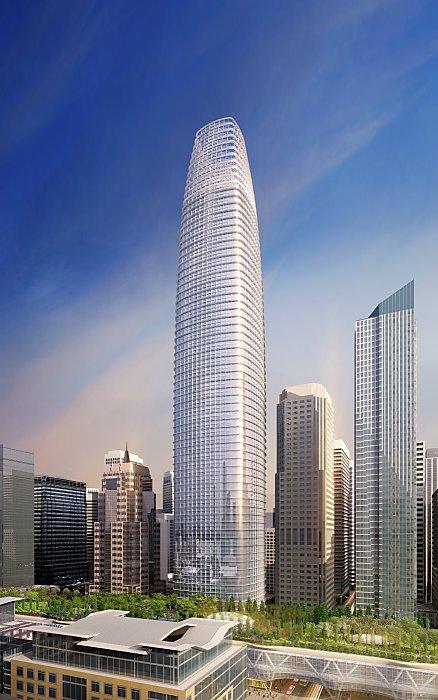 When Lily Hitchcock Coit donated money to beautify the city, and a tower was built in her name, a lot of locals suggested that it looked like a firehose nozzle, not surprising given her love of firefighters. Others over the years have suggested a more phallic image.

But that’s nothing compared to the new tower that is slated for the Transbay Terminal site. The round shaft, the distinct head at the top … it’s the Giant Dick in the Sky! Coming soon to downtown San Francisco.