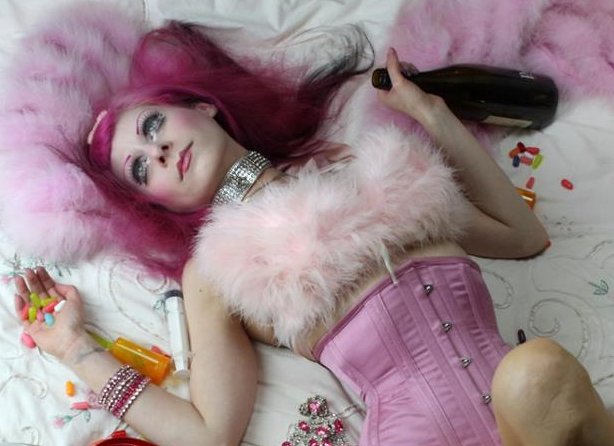 First, I made a wee boo-boo in this week’s Super Ego clubs column in the paper (where you’ll find a bunch more fun parties to attend). The awesomely footworky XXXY will appear at the Lights Down Low party at Monarch (not Public Works, as I erroneously previously erroneated.)

Second: so, yes, American Idolator Simon Cowell is launching a DJ competition version of the X-Factor, which promises to enrage just as much as it might engage (please let there actually be a category for how big DJs open their mouth when they stare at laptops!) And some big name DJs who actually aren’t douchbags are already having some good, hilarious fun with it, which in fact kinda makes me want to see the trainwreck/real thing:

The Lusty Lady goddess aims to throw one hell of a birthday party at this week’s Bondage A Go Go party for pleasant perversions, which benefits Planned Parenthood. You know what to (hardly) wear.

Hypnotic techno cutie from Tel Aviv dives into town before being swallowed by Miami’s Winter Music Conference, thumping around the weekly Base party.

The electro-clash jestersneaks into the glamorouos Blow Up party for some good ol’ grin-inducing throwdown.

The Chicago house legend (who also qualifies on many counts as a second-generation Detroit techno player) comes to Oakland, with The People crew’s soulful groovers Cecil and Cali opening up.

Kick off your St. Patrick’s Week with this eclectic group of Punjab-celtic world travellers, getting you up and pumping at this month’s installment of the wonderful Non Stop Bhangra party.