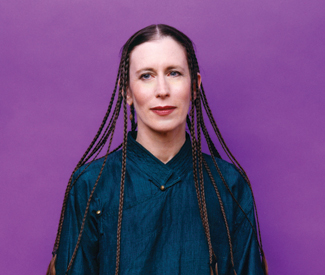 MUSIC It began as a burbling “Eeep!” It was June 7, 2000; we were in Davies Symphony Hall, in the middle of the second movement of Charles Ives’ super-intense Symphony No. 4 from 1910-1916. Yet despite the whirling maelstrom of that work — imagine three Fourth of Julys at once, in which a vast orchestra overlaps itself with marching band themes, spirituals, dance hall ditties, and children’s songs — I could still make out curious sounds coming from the audience behind me. Soon onlookers were shouting out nonsense; one down our row jumped up from his seat. For my part, I felt my shoulders twitch involuntarily, and my partner let out a loud hee-haw guffaw. The memory-triggering dissonance, expertly transmitted through conductor Michael Tilson Thomas, was having a spazzifying physical effect, making us active participants in Ives’ chaotic Main Street Parade.

San Francisco has never lacked for excellent performances of works still often classified as “contemporary classical,” despite many being a century old. But the first American Mavericks festival, more than a decade ago, did much to elevate San Francisco’s status in the cultural world at large. We were at the very edge of the tech bubble, a maverick cultural achievement of its own, of course. Yet not much bold, native art had risen in response to all that “future now” attention and money. The much-hyped Mission School visual art movement was in its infancy, and concerned more with hermetic understatement than Bay reppin’ (a nice answer, in its way, to Web 1.0 bombast). Native dance music forms like turntablism and dirty breaks were being superseded by bland lounge house, hyphy was only hatching, Green Day was over, and literature hadn’t yet been Eggered and Chaboned.

The SF Symphony is justly famed for its impeccably polished sound and MTT’s cheeky programs pairing classical comfort food with spunky aperitifs. But American Mavericks was pretty damned ballsy for a major symphony — almost a month’s worth of edgy, attention-grabbing, well-funded gems from 20th century composers like Ruth Crawford Seeger, George Antheil, Meredith Monk, Duke Ellington, Steve Reich, Frank Zappa, Lukas Foss, and a dozen more. There was a plethora of symphonic reconfigurations and unique instrumentations: an extra brass section blared from the basement for the Ives symphony; audience members brought their own instruments to play along with Terry Riley’s ecstatic “In C.” At a very materialistic moment, American Mavericks illuminated the wild-eared, transcendentalist spirit of native music while showing the world that SF still had a huge, unfettered freak flag to fly.

American Mavericks is back Thu/8-Sun/18, this time spreading its wings to include Symphony stops in Chicago, Ann Arbor, and Carnegie Hall. And while some have bemoaned fewer and somewhat less ambitious performances on the whole (we’re in a recession, after all), there are plenty of pieces to jump up and shout about.

Will it have the same cultural impact? Here we are back in an overconfident tech bubble — and once again our total cultural output seems a bit, well, blah. An irony of the social media onslaught is that all this personal expression seems to be quashing true individuality. So we’re having a materialist and conformist moment. A good dose of musical eccentricity from old school visionaries/crazies who turned their backs on the rat race might just do us a world of good. Here’s to more “Eeeps!” among the bleeps.