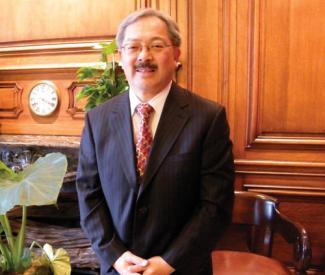 The Mayor’s Office and city finance officials are circulating drafts of a new business tax plan that would largely abolish the payroll tax and replace it with a levy on gross receipts.

Ben Rosenfield, the city controller, and Ted Egan, the chief economist, have been meeting with business groups and presenting what’s described in the documents they’re circulating as “one possible idea.” And there’s some very positive news about the proposal: It would greatly broaden the tax base (only about 10 percent of the city’s businesses are hit by the payroll tax) and it’s designed to be somewhat progressive: Businesses with higher gross receipts would pay a higher percentage tax.

The plan is complicated — since some types of industries (retailers, for example) have high gross receipts compared to payroll, and some (financial services) have high payrolls compared to gross receipts, the levies are broken down into four schedules. At the lowest end, companies with comparatively large gross reciepts would pay between 0.05 percent and 0.125 percent. At the highest end, the tax would go from 0.220 to 0.535.
But there’s one central — and simple — element of the proposal: At this point, it’s entirely revenue neutral. In fact, finance officials say, over time the total tax burden paid by local businesses would go down, since payroll tends to rise slightly faster than gross receipts.

That, sources say, is something the mayor has made clear he doesn’t want to budge on. He’s not willing to accept a plan that raises the total amount of money the city gets from business taxes.

Which puts him in synch with what some business groups want: “The business community thinks this should be revenue-neutral,” Scott Hauge, who runs Small Business California, told me.

But in a city that faces a large structural budget deficit, some supervisors have other ideas. “I want to look at new revenue possibilities,” Sup. John Avalos said.

And even the current proposals would let banks, which are exempt from local business taxes, escape without paying anything.
In reality, the proposals are less then revenue-neutral. Rosenfield and Egan project that the new tax system would lead to the creation of 2,500 jobs a year — mostly because businesses over time would be paying lower taxes.

Hague told me that he’s not sure exactly how business leaders feel about this. “We don’t know yet how it will affect people,” he noted. But some political leaders have been clamoring for years for the elimination of the payroll tax, which, by taxing employment, appears to be a damper on job growth.

That’s actually a myth. The payroll tax is so minor that it can’t possibly influence any individual hiring decision. It’s true that if city business taxes in general are reduced, companies will have more money — and some might spend that on new hiring. But San Francisco, like most major cities, has to have some kind of business tax — and I can already hear some downtown types complaining that a gross receipts tax “punishes growth and success.”

This proposal is a long way from what Sup. David Chiu suggested a year ago. His plan would have included a commercial rent tax — ensuring that financial institutions that get away with paying nothing would have to contribute like other businesses. Like most local taxes, it wasn’t perfect — state law bars cities from imposing corporate income taxes and limits what else municipalities can do — but together with a reworked gross receipts tax, it was projected to bring $28 million more dollars into the city treasury — without any job loss.

But the Chamber of Commerce and crew fought bitterly against that idea, and Chiu withdrew it.

At this point, Chiu said, he’s working with the mayor and trying to get the business community to accept the idea of a change in the tax structure. But this is a rare opportunity to do two things — to make the local tax system more fair, and to raise taxes on the biggest companies to bring additional revenue into the city.

The plan will probably have to go to the ballot anyway, so why not do it right?