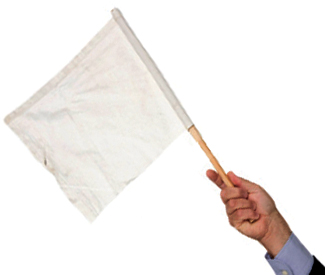 Two years ago, the war on fun that the Bay Guardian had been chronicling and decrying since 2006 — involving overzealous cops, NIMBY neighbors complaining about noise, escalating fees on outdoor events, and politicians scapegoating nightclubs for urban violence –- seemed to be reaching a peak of official intolerance.

The San Francisco Police Department and California Department of Alcoholic Beverage Control were running amok, with an especially troublesome pair of enforcers harassing disfavored club owners and guests, getting rough with patrons at private parties, and seizing laptop computers from DJs and cameras from those who documented the abuses (see “The new War on Fun,” 3/23/10). Then-Mayor Gavin Newsom and then-Police Chief Heather Fong and their underlings only fed the conflict with brash statements and by refusing to support the nightlife industry.

But today, all involved say the situation has turned completely around, with the nightlife industry asserting its importance to San Francisco’s culture and economy and getting key support from a new generation of political leaders. It may be too early to say the war on fun is over, but everyone is certainly enjoying a welcome cease-fire.

Police Chief Greg Suhr has longstanding relationships with many leaders in the nightlife community -– and he’s someone who says that he goes out regularly and has a son who plays drums for a local band.

“I consider many of the people in the entertainment community to be personal friends,” Suhr told us. “And if there’s a problem, I don’t think anyone has been shy about approaching me personally.”

At the same time, the industry has taken on a higher political profile in town since forming the California Music and Culture Association two years ago during the height of the conflicts with the city and the ABC. The group now has monthly meetings with a nightlife liaison that Suhr has assigned to work through issues.

“The lines of communication are open. Despite some differences in opinion, there is a growing sense of trust and respect that is developing in these meetings,” CMAC co-chair Alix Rosenthal told us.

Rather than bashing the nightclubs as a source of trouble, political officials have been openly courting CMAC, which holds regular public events and forums on nightlife issues, including an “Industry Cocktail Hour with Mayor Ed Lee” on the evening Feb. 29 from 5-7 p.m. at The Grand, a club owned by the newest Entertainment Commission member, Steven Lee.

Sup. Scott Wiener has also been a strong advocate for nightlife issues, and has commissioned a city study on the economic benefits of the nightlife industry, which he discusses in this week’s Guardian Op-ed and which will be the subject of March 5 rally and hearing at City Hall.

Preliminary results in the study, with was conducted by City Economist Ted Egan, show that the nightlife industry generates $4.2 billion in annual spending, $55 million in taxes, and employs 48,000 people. And those figures don’t include outdoor events such as street fairs or the Outside Lands Festival, which another recent study by concert organizers found generated $60.6 million in San Francisco and $6.6 million in surrounding communities last year.

“People coming into the city to enjoy themselves is our number one industry,” Suhr said, noting how important it is to balance public safety concerns with support for the city’s cultural and entertainment offerings.

Rosenthal said CMAC was happy that Wiener commissioned the study. “This study is going to be helpful,” she said. “We’ll have hard data to show how much the entertainment economy contributes to San Francisco’s entire economy.”