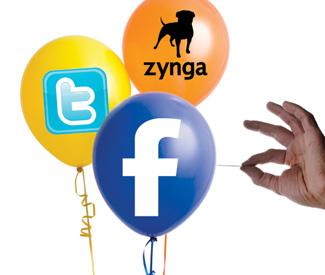 After neither Mayor Ed Lee nor Sup. Jane Kim were willing to return my calls to discuss the implications of their economic development policies that favor big commercial landlords and tech companies – which I wrote about in this week’s cover story – it was ironic to listen to their rhetorical concerns over local small businesses being hit with rising rents this week.

After all, rising commercial rents are a direct result of their Twitter/mid-Market payroll tax exclusion and other pro-landlord giveaways, just as City Economist Ted Egan told them a year ago when they were adopting it. Yet during the mayoral question time at Tuesday’s Board of Supervisors meeting, Kim sang the praises of small businesses, rued the fact that “we are seeing more and more of these small businesses being forced out by the rising cost of rent,” and asked Lee what can be done.

In his answer, Lee spoke around the issue, using the chance to plug economic development programs that could actually exacerbate the problem, and offering vague platitudes. “Neighborhood begins to flourish when we make sure that the individual businesses grow along with them,” he said.

Now, this is a complex problem, to be sure. But that’s exactly why the simplistic solutions that these and other city officials are pursuing – and unwilling to defend against reasonable criticisms – are so maddening. I would urge them to read my long article and the dozens of comments that people have made so far, and to engage in more open and honest dialogue about how to solve these tricky issues. My sources made some very good and interesting points, more than I could work into even that long article, so here’s a bit more of what they had to say:

Why does economist Peter Donohue think city officials are unwilling to engage in more complex discussions of economic development and its impacts on city government: “These people don’t give a shit about public equity and finances.”

Some just have a simplistic view that all economic growth is good and will help the city, he said, calling it “a glorified version of trickle down economics.” And many fiscal conservatives and other boosters of business tax cuts, he said, are actively hostile to the public sector and want it to shrink.

Donohue is dismissive of Lee’s relentless boosterism on behalf of the wealthy interests who sponsored his election campaign, saying “he carries their water, that’s just what he does.” But he’s disappointed that even on the Board of Supervisors, “there doesn’t seem to be much of a desire at the board level to ask these questions.”

He said that many public business subsidies can take 50 to 75 years for the city to recoup its investments, leaving the city stuck with rising budget deficits until then. Donohue said politicians don’t ask these questions for a few reasons. He said that many are lawyers who simply don’t have a good understanding of business or economics. And because most will only serve in city office for four to eight years, they don’t have an incentive to consider the long-term implications to the city of their decisions.

“To have a 21st Century city, you have a 21st Century way to finance it,” Donohue said, arguing that the city instead operates on 19th Century funding models, simply accepting the crumbs of capitalism through low business taxes and no means of tapping the actual wealth that is created in the city. “Those forms of wealth aren’t being touched.”

Donohue said the Tenderloin and mid-Market areas are the way they are not because of neglect or market forces, but as a matter of public policy. That’s where the city decided to house its poorest residents under contracts with SRO hotels in the area and by allowing property owners to keep buildings vacant and blighted (which Egan recommended addressing through a tax on landlords that keep properties vacant, which Kim said she’d sponsor a year ago but never did).

“Certain parts of town are left to go fallow, or to even be destroyed,” Donohue said, so that investors can buy up the cheap properties and work with selected politicians to increase the value of those investments.

“It’s really about remaking the city and transforming who lives in San Francisco,” said Chris Daly, Kim’s predecessor on the Board of Supervisors and the current political director of SEIU Local 1021.

In the latest Harper’s Magazine cover story, writer Barry Lynn praises markets and their democraticizing impact, calling them one of the basic foundations of the American political and economic systems. But he said modern American capitalism undermines basic market principles, which assume buyers and sellers are roughly equal in number and power.

“And so our new masters administer us in America today. They use their great nation-spanning and world-spanning corporations to isolate us as individuals, and then to pit us against our neighbors. They capture and hide away the information that until recently spilled from our open market,” he wrote.

“Even the most conservative economists don’t like the idea of subsidizing businesses because they think it’s a distortion of the market,” Donohue said.

Marc Salomon, a computer programmer and progressive activist, notes that the city has far more jobs than people. Yet rather than focus on attracting jobs to fit the skills of local residents, he said the city’s housing and economic development policies are geared to attracting outsiders, thus driving up rents and other costs for the locals.

“That’s the job market they’re catering to, and the housing they’re building for. That’s their program,” Salomon said. “They’re just ruthless 1 percenters who are trying to change the language and change the dynamics.”

Salomon draws the distinction between whether this is a bubble or a boom, and he said there are strong indicators it’s the former. Just as the federal repeal of the Glass-Steagall Act banking regulations cleared the way for the housing bubble and subsequent economic collapse, he noted that last year’s repeal by the city of taxing stock options – a law that was created less than 10 years ago so the city could benefit from growth in the tech sector – made San Francisco more attractive to speculators seeking short-term profits.

“You know you’re in a bubble when they start repealing anti-bubble laws,” he said. “These people are rapacious and voracious.”

Or, more charitably, perhaps we have public officials in San Francisco who are failing to understand just how quickly and dramatically the economic system is changing, how much power the big economic players are accruing, and how that impacts the public sector, small businesses, and low-to-middle-income residents.

“Things are going to be changing very fast,” economist Tapan Munroe said. “The political, legal, economic, and social systems are all having a hard time catching up to the pace of technological change.”