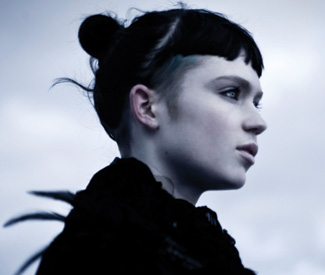 NOISE POP Thao recalls hosting impromptu beer trivia with Mirah during their joint show a few years back, a festive moment she says is telling of Noise Pop. Cursive vocalist Tim Kasher retained playing one of the “most hungover shows imaginable” many years ago at Bottom of the Hill and it still being one of his favorite shows. Archers of Loaf bassist Matt Gentling has a fuzzy memory of playing the fest in 1997 with Spoon and Knapsack. Roddy Bottum and Jone Stebbins of Imperial Teen once declared themselves “King and Queen of Noise Pop” due to a tireless week creeping nearly every show.

Chances are, if you’ve been in a touring band at any point in the past two decades, or you’re a Bay Area music fan, you’ve got a Noise Pop memory or 20. My own? That incredible moment a couple years back when Yoko Ono and Sean Lennon were rejoined on the ornate Fox stage by Deerhoof, Petra Haden, Harper Simon, and a half dozen more for a stage-audience sing-along of “Give Peace a Chance.”

Longtime Noise Pop co-producer Jordan Kurland clearly has endless stories from the fest. Sitting casually in the bright, spacious Mission office of his own Zeitgeist Artist Management, he smiles as he quietly recounts his life within Noise Pop; Guided By Voices at Bimbo’s in 2002 playing an encore of the first eight songs off 1994’s Bee Thousand, taking duel legends Frank Black and John Doe out to breakfast the morning after their co-headlining show, watching Joanna Newsom — a soon to be star — play her third ever show opening for Cat Power.

He then begins methodically ticking off great shows of NP past: Flaming Lips, Grandaddy, Creeper Lagoon, Death Cab, Rodriguez (M. Ward’s early act) at Great American Music Hall, Two Gallants, Superchunk at Bimbo’s, Wolf Mother at Bottom of the Hill — Lars Ulrich happened to be in the crowd for that one. “When you look back at some of the bills, it’s pretty amazing — and the fact that people still come and appreciate it, it’s gratifying,” he understates. Later he mentions, “we’ve had some misses over the years too, stuff that just doesn’t connect.” But he’s too polite to indulge those.

The Noise Pop festival began in 1993, founded by Kevin Arnold who continues to this day, along with Kurland, to produce it. That first year, there were five bands playing one venue, one day. This year, there are 128 bands, playing 19 venues spread out over six days. Plus there’s the Noise Pop-Up pre-events, and the Thurs/16 pre-party with Class Actress, a Painted Palms DJ set, and Epicsauce DJs at the California Academy of Sciences.

“It’s changed so much,” Kurland says. “When Kevin started [Noise Pop], it was about celebrating a scene that really wasn’t well recognized, and most of the bands were like Hüsker Dü or Replacements, you know, noisey pop.” Now, he says, “it’s really just about independently-minded artists. It doesn’t mean that every band that plays the festival is on an independent label, it’s just a certain approach to the craft.”

He adds that they’ve expanded over the years to include electronic music, dance music, and underground hip-hop. “I feel like we’re all getting older — I know, weird. But our staff is immersed in the culture of this so we have a good sense of what people are listening to — I mean, we’re not going to start booking yacht rock.”

Kurland joined Arnold in 1998, the sixth year of Noise Pop. “At that point, Kevin had been saying for the past five years, ‘this is the last year,’ ‘this is the last Noise Pop, I can’t do it anymore.’ He had a day job in the technology industry, but I was working for another management company so it was easier to weave [booking bands] into the fabric of my day.”

The year Kurland joined, the Flaming Lips did the momentous boombox experiment (pre-Zireka) at Bimbo’s, and Modest Mouse played its first show at Great American Music Hall. In the years that followed, the organizers introduced the Noise Pop Film Festival, which screens music-enwrapped flicks, and have toyed with different music education forums. There was once Noise Pop Night School, this year, there’s Culture Club at Public Works, where you can learn how to bounce with Big Freedia, or all about art, animation, and film with Aaron Rose and Syd Garon. The fest, which began a small indie music creature, is now a many-headed culture beast.

This year is a significant year for Noise Pop, as Kurland is well aware. “You only get one 20th anniversary…so for this year it was a big effort to bring back bands that have played.” He and Arnold called up acts such as Flaming Lips, Archers of Loaf, Bob Mould, and Imperial Teen, all of which played early on.

There’s also Thao and John Vanderslice, locals who have both separately played Noise Pops past in different incarnations, and who this year will co-headline Bottom of the Hill. At that show Thao will be testing out five to six new songs, and says “depending on the reaction, they may or may not go on the new album.”

There is, however, one act that will be brand new to Noise Pop this year and yet, is still part of the tradition in a sense. Kurland has been trying to nab Built to Spill for the fest for the past 14 years, to no avail, though it did once play Treasure Island (also part of Noise Pop Industries). His annual reach-out for the act has become a tradition in its own right. “Every year it’s like a joke, I call them up, and it actually worked this year!”

That Built to Spill show at the Fillmore, however, is long sold out, as are many of the big names — Flaming Lips, Atlas Sound, Imperial Teen, even comparatively newer acts like Grimes. Though those who purchased badges will still have the opportunity to check them out, and there are dozens of other impressive lineups. “It’s definitely moving quicker this year,” Kurland says when the rate of sell-outs is pointed out. “I think there’s more attention on the festival.”

“It seems obvious, but I feel every year we get a little more established,” he adds. “I feel like not that long ago people who should know what Noise Pop is, didn’t.”

Noise Pop also inevitability brings a whole batch of artists wandering the city. Stebbins from Imperial Teen is hoping to catch Archers of Loaf at Great American Music Hall, Christie Front Drive at Cafe Du Nord, and Craig Finn at Bottom of the Hill, among other fellow artists. Interestingly, Kasher from Cursive also mentions those exact shows. Kurland, the eternal music fan, is also ready to haunt SF’s venues yet again. “I’m kind of stressed about some of the nights, I’m like, okay, Saturday night I’ve got Surfer Blood, but also Archers of Loaf…”