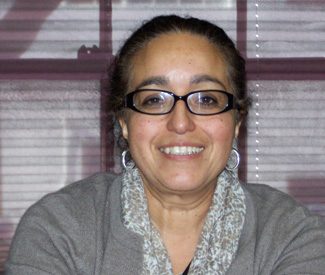 Christina Olague, the newest member of the Board of Supervisors, faces a difficult balancing act. She was appointed by Mayor Ed Lee, whom she supported as co-chair of the controversial “Run Ed Run” campaign, to fill the vacancy in District 5, an ultra-progressive district whose voters rejected Lee in favor of John Avalos by a 2-1 margin.

So now Olague faces the challenge of keeping her district happy while staying on good terms with the Mayor’s Office, all while running in her first campaign for elected office against what could be a large field of challengers scrutinizing her every vote and statement.

Olague has strong progressive activist credentials, from working with the Mission Anti-Displacement Coalition to protect low-income renters during the last dot-com boom to her more recent community organizing for the Senior Action Network. She co-chaired the 2003 campaign that established the city’s minimum wage and has been actively involved in such progressive organizations as the Milk Club, Transit Riders Union, and the short-lived San Francisco People’s Organization.

“One of the reasons many of us are so supportive of Christina is she is grounded in the issues of low-income San Franciscans,” said Gabriel Haaland, who works with SEIU Local 1021 and accompanied Olague to a recent interview at the Guardian office.

She also served two terms on the Planning Commission — appointed by Board of Supervisors then-President Matt Gonzalez in 2004 and reappointed by then-President Aaron Peskin in 2008 — where she was known for doing her homework on complicated land use issues and usually landing on the progressive side of divided votes.

“Coming from the Planning Commission, she can do a lot of good,” said Tom Radulovich, executive director of Livable City and a supporter who has worked with Olague for 15 years. “We lost a lot of collective memory on land use issues,” he said, citing the expertise of Chris Daly and Aaron Peskin. “We do need that on the board. There is so much at stake in land use.”

Olague disappointed many progressives by co-chairing Progress for All, which was created by Chinatown power broker Rose Pak to push the deceptive “Run Ed Run” campaign that was widely criticized for its secrecy and other ethical violations. At the time, Olague told us she appreciated how Lee was willing to consider community input and she thought it was important for progressives to support him to maintain that open door policy.

In announcing his appointment of Olague, Lee said, “This is not about counting votes, it’s about what’s best for San Francisco and her district.” Olague also sounded that post-partisan theme, telling the crowd at her swearing-in, “I think this is an incredible time for our city and a time when we are coming together and moving past old political pigeonholes.”

With some big projects coming to the board and the working class being rapidly driven out of the city, progressives are hoping Olague will be a committed ally. There’s some concern, though, about her connections to Progress For All campaign’s secretive political consultant, Enrique Pearce.

Pearce has become a bit of a pariah in progressive circles for his shady campaign tactics on behalf of powerful players. In 2010, his Left Coast Communications got caught running an independent expenditure campaign partly funded by Willie Brown out of Pearce’s office, even though Sup. Jane Kim was both its beneficiary and his client — and that level of coordination is illegal. Last year, Pearce was hired by Pak to create the “Run Ed Run” campaign and write the hagiographic book, The Ed Lee Story, which also seemed to have some connections with Lee’s campaign. The Ethics Commission hasn’t fined Pearce for either incident, and he didn’t return a Guardian call for comment.

Olague told us not to worry. “He’s a friend…and I think it’s an exaggerated concern,” she said, confirming but minimizing his role so far. Yet she hired one of Pearce’s former employees, Jen Low, as one of her board aide. Olague’s other aides are Chris Durazo from South of Market Community Action Network (SOMCAN) and Dominica Henderson, formerly of the SF Housing Authority.

Debra Walker, a progressive activist who served on the Building Inspection Commission and has worked with Olague for decades, said she’s a reliable ally: “She’s from the progressive community and I have no equivocation about that.”

Olague makes no apologies for her alliances, saying that she is both independent and progressive and that she should be judged by her actions as a supervisor. “People will have to decide who I am based on how I vote,” she said, later adding, “I support the mayor and I’m not going to apologize for that.”

Olague was born in Merced in 1961 to a Mexican immigrant father who fixed farming equipment and a stay-at-home mother. She went to high school in Fresno and moved to the Bay Area in 1982. She attended San Francisco State University but had to drop out to help support her family, working at various stock brokerage firms in the Financial District. She later got a degree in liberal studies from California Institute of Integral Studies.

In 1992, Olague’s mother was in serious car accident that left her a quadriplegic, so Olague spent the next seven years caring for her. After her mother died, Olague left the financial services industry and became a community organizer for the Mission Anti-Displacement Coalition, battling the forces of gentrification and then-Mayor Brown and becoming an active player in the ascendant progressive movement.

But Olague never abided progressive orthodoxy. She backed Mark Leno over the more progressive Harry Britt in their 2002 Assembly race and backed Leno again in 2007 when he ran for state Senate against Carole Migden. She also voted for the Home Depot project on Bayshore Boulevard despite a progressive campaign against the project.

Olague worked with then-Sup. Chris Daly to win more community benefits and other concessions from developers of the Trinity Plaza and Rincon Tower projects, but now she is critical of Daly’s confrontational tactics. “Daly’s style isn’t what I agree with anymore,” Olague said, criticizing the deals that were cut on those projects to approve them with larger than required community benefits packages. “I think we romanticized what we got.”

So how does Olague plan to approach big development proposals, and is she willing to practice the brinksmanship that many progressives believe is necessary to win concessions? While she says her approach will be more conciliatory than Daly’s, she says the answer is still yes. “You push back, you make demands, and if you don’t think it’s going to benefit the city holistically, you just fucking say no,” Olague said.

Walker said Olague has proven she can stand up to pressure. “I think she’ll do as well as she did on the Planning Commission. She served as president and there is an enormous amount of pressure that is applied behind the scenes,” Walker said. “She’s already stood up to mayoral pressure on some issues.”

Yet even some of Olague’s strongest supporters say her dual — and perhaps dueling — loyalties to the Mayor’s Office and her progressive district are likely to be tested this year.

“It’ll be challenging for her to navigate,” Radulovich said. “The Mayor’s Office is going to say I want you to do X and Y, and it won’t always be progressive stuff, so it’ll be interesting to see how that plays out.”

But he said Olague’s land use expertise and progressive background will likely count for more than any bitter pills that she’s asked to swallow. “Sometimes, as a policy maker, you have to push the envelope and say we can get more,” he said. “It helps if you’re willing to say no to things and set boundaries.”

When we asked Olague to lay out her philosophy on dealing with land-use issues, she said that her approach will vary: “I have a very gray approach, project by project and neighborhood by neighborhood.”

Only a couple weeks into her new role, Olague said that she’s still getting a lay of the land: “I’m in information gathering mode, meeting with neighborhood groups to try to figure out what their issues are.”

But Olague said she understands that part of her job is making decisions that will disappoint some groups. For example, after Mayor Lee pledged to install bike lanes on Fell and Oak streets to connect the Panhandle to The Wiggle and lessen the danger to bicyclists, he recently stalled the project after motorists opposed the idea.

“I’m a transit-first person, for sure. I don’t even drive,” Olague said of her approach to that issue, which she has now begun to work on. “We’ll try to craft a solution, but then at some point you have to fall on one side or the other.”

One issue on which Olague’s core loyalities are likely to be tested is on the so-called “jobs” issue, which both Lee and Olague call their top priority. “Jobs and economic revitalization are very important,” she told us.

Progressives have begun to push back on Lee for valuing private sector job creation over all other priorities, such as workers’ rights, environmental safeguards, and public services. That came to a head on Jan. 26 at the Rules Committee hearing on Lee’s proposed charter amendment to delay legislation that might cost private sector jobs and require extra hearings before the Small Business Commission. Progressives and labor leaders slammed the proposal as unfair, divisive, unnecessary, and reminiscent of right-wing political tactics.

But when we interviewed Olague the next day, she was reluctant to criticize the measure on the record, even though it seemed so dead-on-arrival at the Board of Supervisors that Mayor Lee voluntarily withdrew it the next week.

Olague told us job creation is important, but she said it can’t squeeze out other priorities, such as protecting affordable rental housing.

“We always have to look at how the community will benefit from things. So if we want to incentivize for businesses, how do we also make it work for neighborhoods and for people so that we don’t end up with where we were in the Mission District in the ’90s?” she said.

Olague also said that she didn’t share Lee’s focus on jobs in the technology sector. “There’s a lot of talk of technology, and that’s fine and I’m not against that, and we can see how it works in the city. But at the same time, I’m concerned about folks who aren’t interested necessarily in working in technology. We need other types of jobs, so I think we shouldn’t let go of the small scale manufacturing idea.”