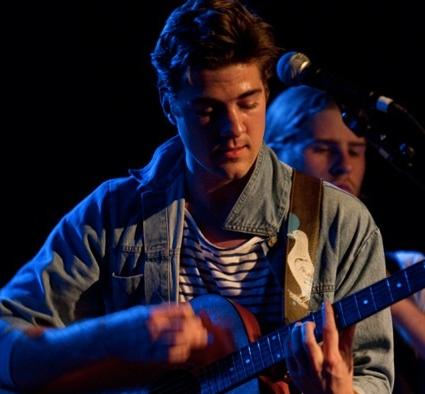 The 20th anniversary of Noise Pop is oh-so-close to upon us. In celebration and commemoration of how far the festival has come, and of the musicians who’ve made Noise Pop a much-anticipated Bay Area tradition, Bottom of the Hill will be hosting a retrospective photo gallery. The exhibit’s opening reception takes place Tues/7 from 6 to 9 p.m. and is free to the public.

Noise Pop producer Stacy Horne says Bottom of the Hill is an ideal home for the Photo Retrospective because the venue just celebrated its own 20th anniversary and has been an important Noise Pop venue throughout the years. (Bottom of the Hill has been hosting Noise Pop shows since 1994.) The gallery will be up in Bottom of the Hill’s back room from tonight through the last day of the festival (Feb. 26) and will include photos of former Noise Pop acts that have since achieved widespread acclaim such as Death Cab for Cutie, The Flaming Lips, and Edward Sharpe and the Magnetic Zeros. Photographers include Eduardo Acorda, Marlu Aufmuth, Jeanne Ellenby, Peter Ellenby, Charlie Homo, Sheila Menezes, Paige Parsons, Mike Rosati, Julie Schuchard, Shoka Shafiee, Matt Seuferer, and Deb Zeller.

Noise Pop, which began as a nightlong music festival at The Kennel Club (now The Independent) showcasing five bands, has developed into the largest independent music festival in San Francisco. It has also evolved into a comprehensive independent culture event that exposes Bay Area art, film, and design in addition to music. The Noise Pop festival officially kicks off Feb. 21.

In the Noise Pop spirit of exposing the young, up-and-coming, and local acts, performances by Plastic Villains and Cool Ghouls will follow Tuesday’s reception.

Plastic Villains, which formed fewer than six months ago and received “The Deli’s Bay Area Band of the Month Award” in November, is comprised of mostly USF undergrads that practice and record their “psychedelic garage rock blues hop” jams in their garage.

Cool Ghouls, also a San Francisco-based band, describe their sound simply as “rock-n-roll” and attribute the creation of their modern doo-wop goodness to tall cans, 40s, blunts, and crime.