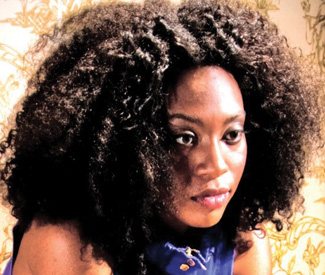 SUPER EGO Let’s be honest. Let’s start the new year out a month late with honesty. (Gung Hay Fat Choy, btw). Going out these days can really cost you someone, and that someone is named Pretty Penny, if not Armina Leg.

The average cover charge in the city, according to my professionally drunken self-survey, is pushing from $10 to $15, if not $20. Officially a night out — drinks, cabs, cover, recovery pizza slice — can run you upwards of $50. (Unofficially, you may just have to put out for your ride and pony up for new Underoos when the flask seal breaks in your back pocket. I am not advocating anything here. Just don’t opt for Drano instead of blow.)

Some parties are absolutely worth it. If Radiohead tickets are, like $144, then the party of the year so far, Laurent Garnier at Public Works — a four-hour live set with three musicians, full digital effects, huge bass boost, and a Thursday night crowd of serious dance fiends — was $25, $15 presale, invested in the supreme life force. There are fortunately still many parties hovering around the $5 mark where you can hear fantastic innovation and occasional international stars. And by all means, if you want to cough up $35 to hear some pop-EDM millionaire douchnozzle vomit down your earhole, be my guest. Just bring me back a pair of neon shutter shades. (Full disclosure: I gladly pay to get into about 70 percent of the parties I attend.)

But nightlife appears to be recession-proof here, possibly because of our tech bubble, and I wonder if one of the most democratic of art forms, dance music, is turning into a prissy connoisseur enterprise that only the wealthy can fully experience and enjoy. The answer, of course, is to go outside and make our own damn noise.

Bull sessions The Red Bull Music Academy has become quite a thing in the past 14 years — championing some mighty forward-thinking dance music, linking past legends with newbies through interviews, workshops, lectures, and lively parties, and putting me in the funny spot of sounding like a full-on Red Bull product placer.

The Academy itself could number you among its ranks. It’s a group of talented musicians, DJs, and producers chosen to attend a massive, globe-roving yearly summit full of cultural and clubby goodies. A Hogwarts of hip-hop, an Exeter of electronica, a Quattrocentro of Moombahton. This year’s takes place in NYC in October, but to kick off the Academy application process — get in gear and apply starting Feb. 2 at www.redbullmusicacademy.com — Red Bull’s launching a series of tasty events here in SF that are open to all.

Superhot funky bass and minimal tech DJ and Bass Candi label owner flaunts her supreme technique — her sets are wide-ranging surveys of the best various current dance music genres have to offer, but who cares we’re dancing. With dirtybird’s Worthy, Little Jon of Raindance, and more.

Reverend Bertie Pearson, the cool cleric who brought us the absolutely epic Episcodisco parties at Grace Cathedral, is now at the Episcopal Church of St. John the Evangelist — and there’s no way that church won’t see some nightlife blowouts as well. Like this all ages blast featuring longtime local experimental tech cat C.L.A.W.S. with cute “proto-synthpop without raping it” band Shakes Gown and also Earth Jerks.