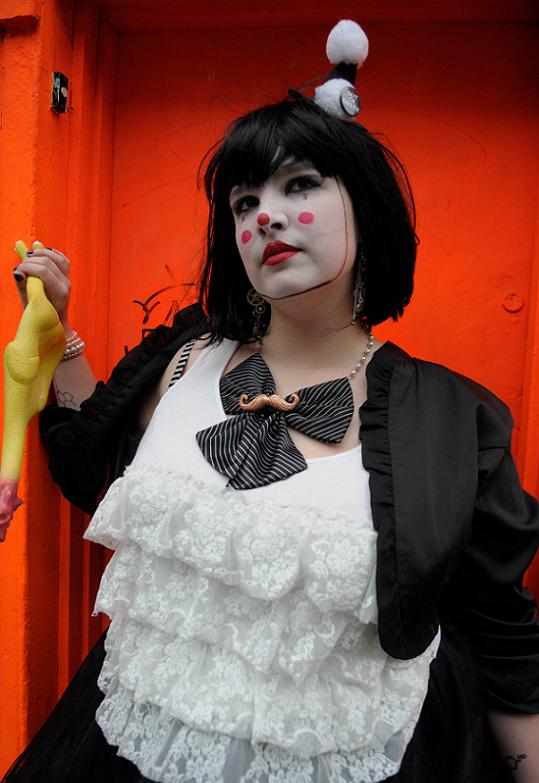 Stryker and Mayhem have been spreading word about their efforts through blogs and online confessionals, which — Stryker was proud to tell the Guardian in recent interview — has helped to open up a dialouge about these issues in the sex-positive community. The workshop Kitty and Maggie hosted locally in August was a huge success, and the duo have been invited to present their project at Momentum, a feminist sexuality conference taking place March 30 through April 1 in Washington, D.C.

On Tuesday, the sextivists will be hosting a mini-workshop-party to help raise funds for the big journey. They promise nothing short of titillating raffles, awesome art and performances, tasty drinks — there’s even rumors of a kissing-spanking booth. Read on to learn more about what inspired the “Consent Culture” tour, and what it’s like to bring up these issues in the sex-positive community.

San Francisco Bay Guardian: What is “Safe/Ward” and inspired this project?

SFBG: What goes on in these workshops?

KS: We generally like to ask the people who come to talk about their experiences.  We also watch a lot of videos regarding consent and we discuss how abuse is generally never seriously confronted. For example, consent — especially in regards to kinky sex — is joked about and made a punch line. These jokes about safe-wording have a darker undercurrent since essentially we are laughing about the lack of consent. We like to talk about why this is problematic. And one of the main issues we’ve noticed is that many people don’t feel comfortable going to their community leader or dungeon monitors about their sexual assaults. In the workshop, we provide some actual steps that party hosts can make to make their space safer.

SFBG: What is a major issue that you find important to address?

KS: The concept of safe-wording. I wrote a piece called “I Never Called it Rape,” and the responses were very intense. There’s this “victim blaming attitude” people like to take. Many people responded saying that maybe if I safe-worded, I wouldn’t have been abused. But there’s not always a definite time to safe-word sometimes, because such unexpected and out of the ordinary situations come up. And who really is going to safe-word in a culture where the person who safe-words is called a wimp?  Sex is supposed to be fun. It’s not a competition. And there’s this attitude that if you are a submissive who safe-words, you’re a difficult submissive. When it should be that you are a better submissive because you are communicating. It’s kind of surreal that people are being so defensive about it.

SFBG: What is one crucial aspect of consent culture that “Safe/Ward” encourages people to become aware of from the workshop?