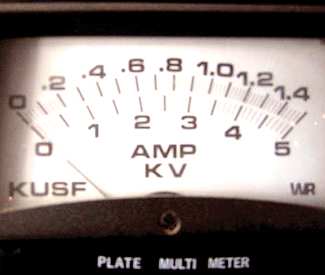 MUSIC It was written in an email exchange more than two months before 90.3 FM, better known as KUSF, was abruptly taken off the air. “We expect there will be a vocal minority that will be unhappy with the sale.” That cold-corporate speak delivered plainly from one of the involved entities was an ominous and understated prediction.

One year has passed since Jan. 18, 2011, when the station eventually was silenced in a shrouded and complex deal involving conglomerates, brokers, and non-disclosure agreements. However, the University of San Francisco’s attempt to sell the station’s broadcast license to Public Radio Capital and the University of Southern California’s Classical Public Radio Network (CPRN) for $3.75 million is not a done deal.

The Federal Communications Commission (FCC) has yet to approve the sale that has thus far been thwarted by a collective of volunteers who secured legal counsel in order to preserve over 33 years of independent, community radio and to resume broadcasting at the 90.3 frequency.

According to attorney Peter Franck, co-counsel for Friends of KUSF, a hearing would be the next step in the flurry of legal action if all goes well in the effort to save the station. He’s optimistic that the chances are greater with every day that passes that the sale will be denied and is confident the FCC is taking the situation seriously.

“I think it’s a very important case and the trend of college stations disappearing isn’t good. It’s about keeping the airwaves public,” he said.

CPRN initially said the move to acquire the frequency was out of a genuine desire to preserve classical music. But according to the group Save KUSF, Entercom — one of the top five largest radio broadcasting companies in the U.S., is a for-profit entity that was instrumental in orchestrating the deal. Classical and formerly commercial programming, previously heard on KDFC 102.1, took over 90.3 while the ubiquitous sounds of classic rock (KFOX) began emanating from 102.1 and Entercom’s studios.

Dorothy Kidd, a media studies professor at USF, who has adamantly opposed the sale because the university kept faculty and students in the dark, speculated that Entercom is footing the bill to keep KDFC afloat, presumably losing hundreds of thousands of dollars.

The much larger issue of media consolidation of course goes beyond KUSF. Tracy Rosenberg from Oakland-based Media Alliance noted that colleges and universities are selling their non-commercial educational licenses for millions of dollars.

WRVU (Vanderbilt University, Nashville) and KTRU (Rice University, Houston) are going through similar struggles with corporate radio lusting after their licenses. But on a positive note, Rosenberg said smaller, independent stations are banding together and that a coalition has emerged from this issue. “San Francisco is not the same city or as culturally vital without KUSF,” she said.

The absence of the station immediately sparked the ire of the community who felt deceived by USF. The man in the middle of it all who claimed responsibility for the decision and took some heat for it was USF President Father Stephen A. Privett. A day after the deal was made public; he held an uncomfortable public meeting on campus. There he repeated that KUSF would continue in an “online only” format. In addition, a promise was made that a “teaching lab” would be put in place for students. Though he couldn’t guarantee the full $3.75 million in would-be revenue was going to the department.

After talking to faculty, students, and alumni it became clear that no such media lab for students was in place. “The online station is not up and running and most likely will not be until the legal battle is over,” said Chad Heimann, a graduate from the Media Studies Department who was also a KUSF volunteer. He added that he thinks USF doesn’t want to invest in the online station until they know that the station will be sold.

“As far as I know, students are not getting an equivalent educational experience. The new digital studio has not been set up,” Professor Kidd concurred. She called any lab offers “rhetoric” on the school’s part, and that the money has been held up, while USF spends on legal fees. According to Friends of KUSF lawyers, CPRN and USF are using FCC lawyers in Washington for their joint response to legal action.

With costly litigation involved in the pending decision, there are claims that CPRN and USF didn’t comply with FCC law and that KUSF’s studios were dismantled prematurely in May. Additionally, questions have been raised about the operating agreement between the potential buyer and seller and the legality of their fundraising practices.

When the FCC asked for copies of emails from the University’s President regarding the sale, they were told Father Privett deletes his emails. “The IT department keeps backup copies. Their claim that they’re gone is ridiculous,” Franck said.

Father Privett could not be reached for comment as he was in Africa on business, but according to USF’s media relations department, they, along with CPRN, maintain commitment to the transaction and await FCC action, hoping the matter is resolved in the near future.

The legalese may leave you asking, where have all the DJs gone? “One of the issues moving forward is going beyond a grass-roots effort,” said Friends of KUSF treasurer Damin Esper. They did reach the milestone of fundraising $50,000 by November, mostly by holding benefits, like their upcoming DJ night at Bender’s.

Last spring KUSF- in- Exile emerged as a web stream coming out of the Bayview District’s Light Rail Studios with assistance from WFMU. With roughly 80 volunteers, and a music library being re-built from scratch, they remain committed to the cause, protesting in front of Entercom and playing local music, cultural and independent programming in a nonprofit, commercial-free format, all in the name of community.

Andre Torrez is a longtime volunteer and DJ with KUSF and now KUSF-in-Exile.